September 22nd is the official first day of autumn and is celebrated in the Pagan/Wiccan tradition as Mabon, the time of harvest, gratitude, and sharing. No doubt, the pagan tradition had a lot to do with the celebration of Thanksgiving in Canada and the US. However, the day divided into equal parts of dark and light, is an excellent marker for any tradition and, most countries to have some kind of harvest celebration.

And let us not forget The Mayan Snake of Sunlight. At the precise moment of the equinox, when the Sun shines directly on the equator, an enormous “snake of sunlight” slithers down the stairs of the main pyramid at Chichen Itza, Mexico. The Mayans who constructed this ancient temple used advanced astronomical calculations to determine the exact angle of the staircase.
Japan has the Higan Festival, China and Vietnam celebrate the Moon Festival, Indian parties for several days for Havaratri, a celebration for the divine feminine Devi.
The Chinese Moon Festival is one of the biggest annual holidays in China. It is also called the Mooncake Festival or Lantern Festival. According to Chinese legend, this is the birthday of the earth god "T'u-ti Kung.
Chinese Moon Festival, or the Mooncake Festival, is a celebration of the Autumn harvest. It occurs when the moon is the brightest. and the highest in the sky. This celebration is one of the oldest holidays in the world, dating back thousands of years. Early celebrations included worship of the moon as a god.
Making, giving, and eating mooncakes is a tradition on this day. Mooncakes pastries are thick and dense. They can be filled with a variety of things. Mooncake fillings are not usually sweets. It is often filled with beans, nuts, or seeds. Recipes vary.  Happy Chinese Moon Festival Day!
* * *
So, you have lots of good reasons to celebrate the week of the Solstice. Why not at least lift a glass of grog to say goodbye to summer and hello to the beginnings of winter.
No comments:

In the second book of my fantasy series, The Witches of Galdorheim, I freely messed around with Finnish myth for a couple of characters. They are sisters (cousins, whatever) who were at odds. At one point the mythic sisters, Ilmatar and Ajatar, have an epic battle in the skies. Since they're both magical, they can shape shift at will. Ajatar becomes a dragon and Ilmatar a roc. Somebody posted this picture of what could easily be a mating between a dragon and a roc. I'm sharing it because it's really neat.

The entire series revolves around a young witch in search of her own power, a power she doesn't even know she has. Anyway, you can get the entire series in a single volume. The two magical sisters appear together in book 2: Midnight Oil.
THE COMPLEAT AND TRUE HISTORY OF THE WITCHES OF GALDORHEIM 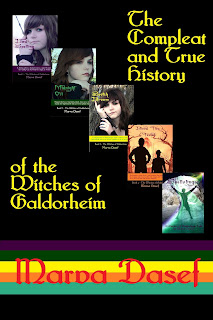 Unfortunate events lead a half vampire boy into indulging his vampire side, leaving him with regret and sadness. Can dear old Dad help him forgive himself?

What does a teenage half-warlock, half-vampire do to have fun? Why build an old west town on a glacier in the Arctic?