Who is Your Space Hero?

Call me crazy, but I said Tom Hanks because he's done such great work in making the real space program accessible, exciting, and interesting to people who think Star Wars is real. Apollo 13 is a great movie for starters. I was on the edge of my seat wondering whether the astronauts would make it. And reminding myself every few minutes that, yes, they did.
No comments:

On Smashwords (unlike Amazon), I can issue coupons for discounts. I'm selling for a buck a book through September 27, 2010. Click the link and buy, then enter the coupon code at checkout.

First Duty: Coupon BL38V
Nyra chooses between her duty to the military to which she's sworn an oath or her family when long-held secrets are revealed.

Quest for the Simurgh: Coupon KX55D
Four students search for their kidnapped teacher and find themselves in a battle between good and evil.

Eagle Quest: Coupon LL53A
A Native American boy searches for his roots through a vision quest.

Tales of a Texas Boy: Coupon XD25R
Little Eddie spins his tales about growing up in West Texas during the Depression, but he always has a humorous take on life.
No comments: 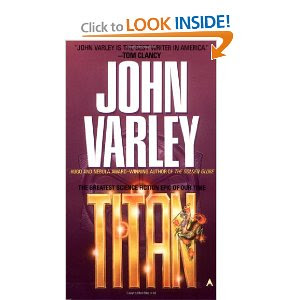 No, no, no. Getcher mind out of the gutter. I'm talking about male authors writing in a female POV. Certainly, Heinlein gave it a shot, but he pretty much wrote his women as men in drag. I'm not as wide-read as you guys, so feel free to throw in your favorites. Thinking about Science Fiction Romance a lot lately, and it occurred to me that there's a writer you might not know about, and you should.

I'm going to focus on an author whose work I've loved for years: John Varley. He's one of the few male writers that does women right. Matter of fact, he's so versatile, in some of his books his main characters switch between genders depending on their mood. No, they're human, but technology has advanced in the Varley future so folks can do that if they've a mind to.

Varley's last couple of books are more near future and situated on Mars. No gender bending, but a terrific concept of Mars colonization.

I'm eagerly, hopefully waiting for him to come out with another book. Any book! John, if you're googling yourself and happen to see this, tell me what's coming out next.

From his website, I glean that he's moving away from Los Angeles, but I don't see any new releases on the near horizon.

If you haven't read John Varley, hie thee to the nearest book outlet and pick up any of his books, but the ones I have on my bookshelf which I will read multiple times is the Gaean Trilogy. His portrayal of Captain Cirocco "Rocky" Jones is spot on. You'll recognize the kick-ass, tough-as-nails Rocky in recent SFR, but Varley did it first (1979) and he did it best in my humble opinion. Pop over to Mr. Varley's site to read movie reviews if nothing else. I was just there and was saddened to learn of the death of Jeanne Robinson, Spider Robinson's wife last May.

Check out Titan on Amazon. Mouse down and click the Buy All Three Books thing. You'll definitely want Wizard and Demon on hand since these are all can't put it down books. Also check out the rest of Varley's books.
2 comments:

Having just finished the SFR blog tour (fun times!), I'm thinking about continuing Remy's story. I don't want to give away the ending, but more than one reader has asked for a sequel.

I kind of want to, but also hesitate because of MBS (multiple book syndrome). Some writers are madly successful with continuations of not only one, but even several series. Linnea Sinclair is an excellent, and recent, example of that. She has more than one SFR series going. I'm sure you can look them up.

Another successful series in the news is the continuation (finale?) of The Hunger Games  series with publication of "Mockingjay."

What do you say? Are you a series writer? What's the genre? How did you decide to continue with same characters?

I received a very warm welcome from the MuseItUp Publishing team of staff, authors, and readers on the MIU Yahoo groups. Although my book "Missing, Assumed Dead" won't be out until WAAAYYYY next July, I'm really looking forward to working with what I believe will be one of the major e-publishers.

I guarantee they're a wild and crazy bunch, but also hard workers producing quality products.

You can still join in the Muse on-line conference starting October 11th.
3 comments:

Today's the last day of the fabulous Out of this World Blog Tour. Of course, all the fine posts are still available on the blogs, so I encourage you to visit them. See the links at the top of this blog.


8/15 Linnea Sinclair at The Cerebral Writer


8/20 Kaye Manro at The New Sensuality

I love to watch the birds in my backyard. Stay with me for a second, here. I’m going somewhere with this. The stately crow couples pacing the grass, the flash and bravado of Papa cardinal protecting his family, the here-I-am-nope-gone-again flitting of wrens at their baths, the sudden breath-held silence as a red shouldered hawk settles atop the swing set. Birds, in all their abundance and variety, fascinate me. But there’s something more…

A shiver of delight runs through me every time I recall this astounding fact—my garden is overrun with dinosaurs. Perhaps one can’t say it’s proven beyond any doubt, but enough evidence now stares us in the face, (fossilized plumage on certain oviraptor species, similarities in skeletal structure, and so on) daring us to say otherwise. The dinosaurs did not suddenly vanish in one fell swoop. Some of them evolved into birds.

The fact that life sparked and caught on this planet, once a ball of molten rock and slag, is nothing short of astounding. That life, over Earth’s history, has taken such a multitude of forms, each building upon its predecessors in an ever-flowing symphony of DNA, is breathtaking. Very early on, I found a fascination in the patterns of biology. There is as much poetry in the evolution of bird and man as there is in any Stravinsky piece. The dinosaurs, now birds, share an important common factor with hominids: our history is driven by an amazing ability to adapt. We, like birds, occupy every possible niche in the planet’s ecosystems. With puffins and gyrfalcons, we’ve shared the frozen North. With roadrunners and burrow owls, we’ve stalked the deserts. We’ve fished in the sea like cormorants and paddled the marshes with the egrets.

The hominid’s greatest asset lies in the ability to adapt, that strange gift some humans have that allows them to embrace and absorb the new. This very ability, I’ve always thought, is what permits us to suspend disbelief regarding human exploration of space. Yes, our instincts say, yes, we could adapt to living in a self-contained space station. Yes, we could find a way to understand an alien culture. Yes, we could be inventive and resourceful enough to adapt to alien environments.

(I realize this becomes harder to imagine when you glance over at Uncle Ralph snoring on the sofa, beer can still clutched in his hand, but I refer to the human race as a whole. Certain individuals are unable to adapt to a change in dinnertimes, let alone planets. We must assume that spacefarers, by definition, would not include many of these.)

Adapt-or-die lies at the root of so many of my favorite SF stories (Dune, The Faded Sun, Ender’s Game, the Pern novels) and, not surprisingly, serves as the foundation for my own stories. The refugees who colonized Anchorage believed they found a perfect, Earth-class planet to settle. But alien biology took an unexpected toll. The humans had to find ways to become part of the planet’s ecology. Adapt or die. Like the dinosaurs perched in my pine trees. If my cats only knew… 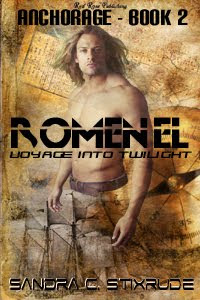 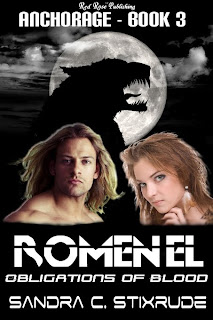 Sandra C. Stixrude is the author of the Anchorage Series. The third book, Romenel: Obligations of Blood, releases August 19, 2010 at Red Rose Publishing.

Blurb:
Voices out of the past reveal a terrible secret: the kresnas, devourers of life and sanity, were created by human scientists. Not only created, but used in terrible, torturous experiments that turned them against their creators.

Romenel's dilemmas pile one on the other until he's no longer able to see his way through them. How can he destroy all the hordes of kresnas at once and, knowing what he does, is it morally defensible to do so? And what other solution is there if humans are to survive? And what should he do about the beautiful warrior, Kyliki, since he has no place in her world and she has none in his?

And, hang it all, if he can resolve any of these things, what in blazes is he going to do about the mess of a succession war going on back home? 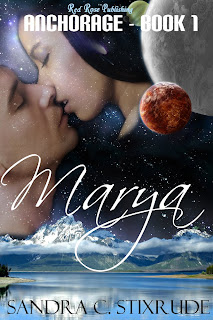 8/16 Pauline Jones on Behind the Pallid Mask J.C. Hay

The blog tour begins right here on my blog when Sandra Sixtrude will present all the dope on her SFR series "Anchorage." That ain't in Alaska, folks. See the full schedule on my blog. 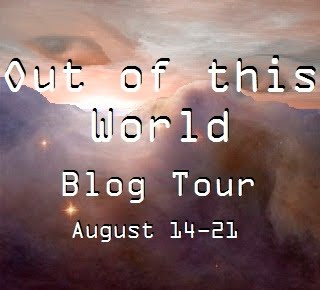 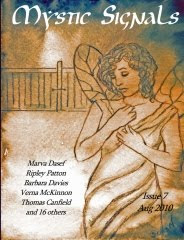 Mystic Signals contains the best stories from the fantasy ezines Lorelei Signal and Sorcerous Signals for the past quarter PLUS some never before read stories are now available in the print Mystic Signals #7.

See my name >>>> at the top of the list? The issue has my story "Poor Little Rich Girl."

Buy Mystic Signals at Create Space (best deal for the authors for royalties).

Setting a retail price on Amazon for your Kindle books is kind of fun since it takes you off to a Vegas-style mindset. It's like roulette. Round and round it goes, where it stops....

Anyway, Amazon has decided in its infinite wisdom to require ebook book sellers to set the minimum price to $2.99 if said seller wishes to take advantage of the 70% royalty. It's a some-do, some-don't thing.

However, the $2.99 is only a suggested retail price. Amazon decides some discount or other over which the author has zippity-doo-dah say.

Here are my prices after the Amazon roulette wheel has spun. I've set all these prices to $2.99.

Eagle Quest $.99: Huge discount! What do they know? Definitely a loss leader.

Quest for the Simurgh $1.79. This price is probably based on the B&N price.

Tales of a Texas Boy $1.99. Generous of Amazon. Is this a price that'll sell?

First Duty $2.99 Must have them confused here. No discount!?!?! Hey, Amazon! Discount this book! Maybe it's just too damned good to discount. Better buy it before I raise the price to $9.99. That's what you'll pay for the BIG PUBLISHER books.
No comments:

This is a sad state of affairs. The city is closing its libraries for what reason? Right! Lack of funds. Have they asked for volunteers? Probably some goofy city code prevents it. Who cares about literacy anyway?
2 comments: