My little ebook are free on Amazon from March 27th - 31st. I need a page count set, so please download, then flip through the pages. This will establish the first page for the book. Hey, it's tiny. You can probably actually read the whole thing is less than an hour. Thank you!

Fish Story - A Three Story Sampler
Sampler of the stories from Mixed Bag and Mixed Bag2.

Fish Story - Colonists to a distant planet find salvation in a fish.

The Vision - Charlie can't get terrifying images out of his head, but why?

Chilpequin 22 Miles - The bartender is big and hairy. Could it be? Nah, it couldn't. Could it?

You Must Be This Much Irish to Celebrate 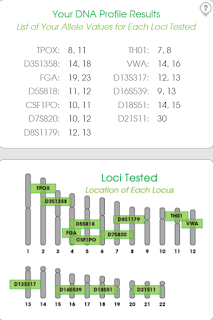 Okay, that chart isn't too forthcoming, but it is mostly green and white, so it goes up first. So, here's the map. See that green blob on the left? Yup, Ireland. Norway comes in 5th! The genealogy I do know has a lot of England, but it appears I'm more Scot than English. I'll have to find my tartan for Robbie Burns Day. Matter of fact, England isn't even on the list! Don't bother to click, this is just a jpeg of the chart. All told, it looks like I'm goulash. This doesn't even show the Korea connection (that's on the Asia map).

I ran across this blog post on the Mythic Scribes site. I'm an inveterate and unrepentant myth abuser. I've written on this subject before, but I really liked this article. For one thing, I haven't stolen from Tolkien because he already stole from myths and legends. Still, a good idea is worth using and using and re-using.

Using Mythic Elements in Your Story by Anne Marie Gazzolo. Here are the opening paragraphs. Read the rest of the article at the link in this paragraph.

Many authors borrow from fairy-tales, myths, and legends and adapt or transform them to suit their own stories. I recently read The History of The Hobbit for a class and was struck by how many elements from Celtic and other mythologies J. R. R. Tolkien wove into his tale.

John Rateliff notes, “…the way in which Tolkien selected elements that fit what he needed for his story is instructive of his complex relationship with all his outside sources: he was neither a naive reader or a passive borrower but transformed and remade what he chose to take…” (History 532-33).

So should be any scribe who draws from the Cauldron of Story, as Tolkien calls the Pot on which the Soup has boiled ages-long. He addresses this in his delightful essay, “On Fairy-Stories,” which is must reading for anyone who aspires to the “elvish craft” of fantasy writing.

It's Been Awhile Since I Posted

I haven't written a blog post in a long time. I got through the Holiday buying promos, then I decided to try again on the 4th (5th if you count Spellslinger) in the Witches of Galdorheim Series. Then, taxes required some attention. Ducks aligned and ready to shoot down with just a wee bit more of real documentation rather than guesswork.

This is a long post, but I hope you'll read it because it brought to light an interesting phenomena: USING HISTORICAL PEOPLE AS CHARACTERS IN FICTION

I wanted to write a new post. No, not a re-run like I've been doing far to much. An opportunity presented itself in the form of an email from a reader. I don't get those often. Here's what she said:

I am so glad to have tracked your email down.   I have come across your ‘Tales of Abu Nuwas’ and I am so intrigued by them.  I was doing a bit of research on Abu Nuwas as I am going to Zanzibar shortly and I am looking at traditional stories that have been popular there.  I just wondered what your source for the stories are, are they based on the traditional tales?  I am particularly interested in the relationship between the story teller and Najda and the way he realised she was preoccupied about her forthcoming forced marriage to the much older man and wondered if that was your own creation or based on one of the original Abu Nuwas stories.

I look forward to hearing from you.

I was a bit bemused how this book had anything to do with a trip to Zanzibar. But, hey, I'm happy to heard from any and all readers. So, I wrote back.


Thanks for writing. Setara's Genie is one of my favorites.

I "discovered" Abu Nuwas when I was combing the disparate stories of Setara's adventures. Since Scheherazade was always in the back of my mind, I decided to have a story teller who served the same purpose. Frame stories interest me. When I found information on Abu Nuwas, I hoped he wouldn't be mad if I appropriated his persona. The real Abu Nuwas wrote poems which would not be kid-friendly. The old picture I found of him (which is on the book's cover now) was perfect for the character I wanted.
So, Abu Nuwas the real man and my version haven't much in common except name and the fact they were story tellers. I also made up Najda. After all, what's a story teller without an audience. I wanted the frame story to be as interesting as the other tales. I'm glad you appreciated that part of the story.

For the stories themselves, I did borrow a lot from middle-eastern mythology including demon names like Azhi Dahaka. I actually selected new names for most of the characters from made-up names to real Arabic or Persian names.

Then, the reader replied:


Thanks so much Marva - so kind of you to reply.

I think the Abu Nuwas stories I am looking for are different. I can't  quite work it out but as far as I can gather there is the writer/poet you mention and then a series of stories about the trickster Abu Nuwas and these are Swahili tales and I think (?) there is no link or am I wrong ?

"Tales of Abunuwas and Other Stories are translations of Hadithi za Abunuwasi na Hadithi Nyingine, from Swahili into English by John Lewis-Barned and retold here by his daughter Suzi Lewis-Barned. The stories were first published in 1935. Whilst the Abunuwasi tales are available in English translations from the Arabic originals, these translations into English from an early Swahili edition add a new and interesting dimension to them"

I would be grateful for any light you can shed on this and thanks so much for your wonderful stories.

I checked the link to the book translated from Swahili. I discovered that the famed bawdy poet I used as my story teller, was also somehow the main character of a group of folktales adapted in the Swahili tradition. But the character in the Swahili tales are nothing like the real Abu Nuwas. In their stories, he's a scamp and trickster who stars in the stories. At least some of the stories starring Abunuwasi are also featured in "1001 Arabian Nights" so the borrowing included not only a real poet from the 6th C., but a fictional story teller (mine), a trickster character named after the real person, but also a Scheherazade of sorts. I replied to the reader with this theory, various real and fictional characters jumping between real life and folk tales. I love this idea. I really do.


I did not know about the reinterpretation into Swahili.  My stories, while based on Persian and Arabian mythology are my own, not by Abu Nuwas. I did get a lot of inspiration from 1001 Arabian Nights.

I did read translations of Abu's original poems. They were somewhat risque--an ode to wine and the joys of pederasty. I didn't realize some of his poetry might have shown up in the 1001 Arabian Nights. I did know that the stories in 1001 come from many traditions. There is no single 1001 Arabian Nights book. It's fascinating how folk tales cross between cultures. A good story is a good story no matter the language.

Interestingly, it appears the Swahili story teller is also a borrowed version of the original Abu Nuwas. I think possibly Abu is the source for more than one tradition. Like Scheherazade, Abu Nuwas is credited for more stories than he actually wrote.

Thanks for the link. Sorry that my Abu Nuwas is not the trickster of the Swahili tradition. They both were based on the same real poet it appears. I'm going to look into this in more detail. I love research.

And this is why Lin-Manuel Miranda can legitimately have the founding fathers in "Hamilton" speak in rap.
No comments: