Free Ebook Calendar for Halloween is for Witch Extravaganza! 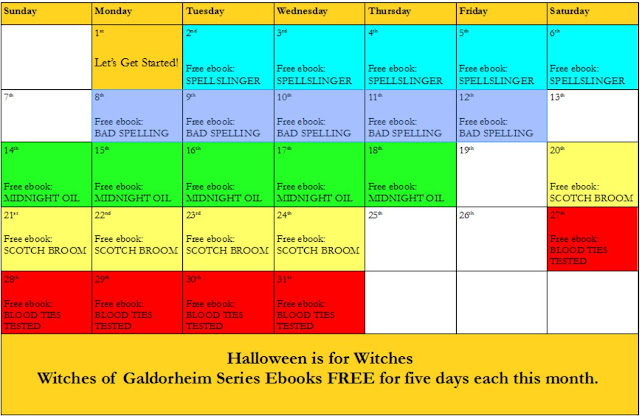 I'd almost forgotten I'd made a video just showing my book covers. It has nice music from Kevin MacLeod's Incompetech, a wonderful selection of music for all occasions. Some of the covers have changed a bit over time and I've added some books, but the video is mostly up to date.

Watch this space (my blog) for a full month of free books on most days in October. Then, download the freebies, open up the book, flip through some pages. Amazon pays authors for page reads. Just turn the pages to give me .0004 cents per page read. With enough reads, I might make a buck or two. Thanks for watching.

September 22nd (or 23rd) is the official first day of autumn and is celebrated in the Pagan/Wiccan tradition as Mabon, the time of harvest, gratitude, and sharing. No doubt, the pagan tradition had a lot to do with the celebration of Thanksgiving in Canada and the US. However, the day divided into equal parts of dark and light, is an excellent marker for any tradition and, most countries to have some kind of harvest celebration.

In Christian tradition, the equinox is Michaelmas Day. Did you know you've been missing a reason to party? These days, Michaelmas is a minor festival mainly observed in the Catholic church. Centuries ago in England, the time around Michaelmas also had a business side. Servants were paid their wages after the harvest, and workers looked for new jobs at employment fairs which also became a place for celebrations.

And let us not forget The Mayan Snake of Sunlight. At the precise moment of the equinox, when the Sun shines directly on the equator, an enormous “snake of sunlight” slithers down the stairs of the main pyramid at Chichen Itza, Mexico. The Mayans who constructed this ancient temple used advanced astronomical calculations to determine the exact angle of the staircase.

Japan has the Higan Festival, China and Vietnam celebrate the Moon Festival, Indian parties for several day for Havaratri, a celebration for the divine feminine Devi.

So, you have lots of good reasons to celebrate September 22nd (6:54PM PST) or September 23rd (2:54AM UTC). Why not at least lift a glass of grog to say goodbye to summer and hello to the beginnings of winter.

Now that all my paperbacks have been transferred to KDP (Kindle), I am in the process of taking all my books off all markets except Amazon. My sales at other stores like B&N, Kobo, iBooks, and a bunch of others are non-existent. You don't like me, then I don't like you either.

One thing about the paperback transfers is that now I've got a few duplicate paperbacks on Amazon. I'm working on getting them to match up ebook, paperback, and audio (for the seven books which have audio). October is right around the corner and, as always, Halloween is for Witches and I'll be featuring the entire Witches of Galdorheim series. They'll all be on KU/KOLL by then.

Here are the ADDITIONAL ebooks which I have assigned to Kindle Unlimited/Kindle Owners Lending Library. They'll be free to people who subscribe and I'll also be able to put up some free ebook days. 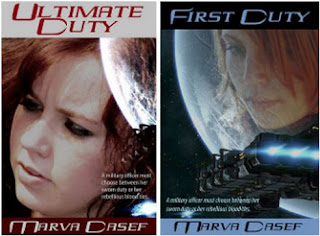 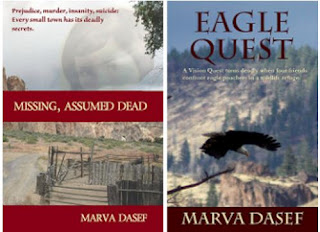 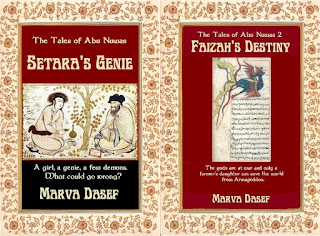 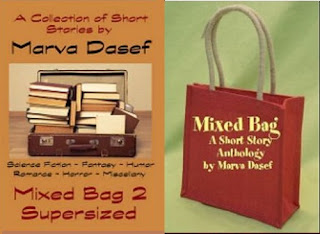 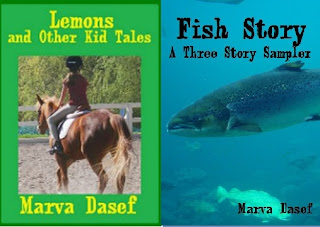 Even More Free Ebooks Through KU/KOLL

Email ThisBlogThis!Share to TwitterShare to FacebookShare to Pinterest
Labels: KU/KOLL

Farewell to My Parents

I'd not mentioned we scattered my parents' ashes on Monday, August 27th. Since my father died in 2013 and mom died in April of this year, we figured we should get to it before the weather turned.

Anyway, because of wildfires, we abandoned our original plan to bury their ashes together in the forest. We decided that the West Eugene Wetlands would be a nice substitute so Darrel Perkins, Adam Perkins, John Dasef, and I went to the Checkermallow Access off Royal Ave. Of course, I forgot to take pictures, but nobody else remembered either. I went back today to get a few shots of the area. 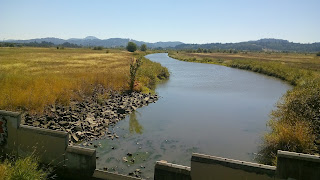 Because I'm me, I had to have a few words to say for each of Adam, Darrel, and me to say. Here's the text of what was said, who read it, and what it means.

For Mom: When mom was born her father was away somewhere doing his work as an engineer (not train, but construction or something or other). When he heard of mom's birth, he sent a telegram to his family. Adam read it when we scattered the ashes.

I think that's an incredibly sweet and creative rather than "Heard daughter born. Name her Iva Hope."

Next, Darrel read from "The Stag" by Robert Burns. Mom had to memorize this poem when she was in school. She was proud of the fact that she could remember most of it nearly 80 years later. She even wrote it out on her yellow pad. She'd also listed all the states on another page. She knew if she didn't work her brain, it'd quit on her, so she did crossword puzzles and challenged her memory. That's why we included a part of this poem for her. Darrel did this reading.

From “The Lady of the Lake,” Canto I.
THE STAG at eve had drunk his fill,
Where danced the moon on Monan’s rill,
And deep his midnight lair had made
In lone Glenartney’s hazel shade;
But, when the sun his beacon red
Had kindled on Benvoirlich’s head,
The deep-mouthed bloodhound’s heavy bay
Resounded up the rocky way,
And faint, from farther distance borne,
Were heard the clanging hoof and horn.

I could have read any of the Tales of the Texas Boy stories for my father, but those were all from his childhood. I had also written this poem. It was published in a magazine for retired military. It's around her someplace. But I did have the text, of course. I read this.

My brand-new Ford ran smooth, but after awhile we heard the news.
Germany didn't look too good. Pa said there'd be war.
So, we went off to Denver with those two blonde-haired gals.
I handed them the keys and told them take the car to Amarillo. 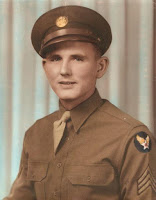 I might've got to the Philippines and been killed on Corregidor.
As it is, I watched for the Japs along the Pacific shore.
And that girl seemed just right to marry.
So at the end, I ended up in Oregon workin' the big trees.