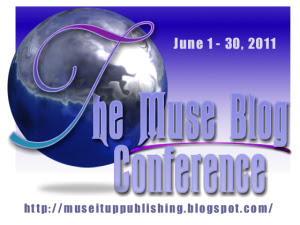 You can get great info from experts for free at the conference. Don't forget to drop in here for Magical Mystery Month.
No comments:

Starting on June 1st with a full month of mysteries, a touch of romance, and a dab of science fiction. Sometimes all genres mixed together in the same book. In any case, there is definitely a book here you'll want to read. The authors will tell you all about their books.
6/1 Roseanne Dowell - Double the Trouble

6/3 Ginger Simpson - Beside Myself

Only 99 cents on Amazon right now.
No comments:

Sixteen-year-old Ian Connors works for Marscorp, using his psychic ability to give the organization an advantage over other groups angling for control of the embattled planet. The people of Earth have abandoned the colonies of Mars due to a dwindling of their own resources. The leaders of Marscorp believe that by pooling the planets assets, they will be able to gain enough power to force their way back to Earth.

Ian's job is to use his visions to locate smaller organizations in order to plunder their valuables and incorporate their masses. But a disturbing vision and a horrible loss cause Ian to doubt his loyalties to a corrupt, dictatorial admiral.

Unwilling to be a pawn in the Admiral's dangerous game, Ian must find a way to escape and protect a girl he sees himself with in the future. His only hope may lie with a new organization known as Vallar - an alliance of rebel organizations willing to fight for their survival.

NOTE: Only 99 cents. A great bargain for this book.

(Q) Where did the concept for the book come about?

It was a combination of two things. In the story, the main character Ian, has the ability to foresee the future. So I put him in him a situation where he uses his ability for the wrong reasons, but he doesn’t realize it at first because he’s being manipulated. When he doesn’t realize it, he has to get away from the people using him for their own greed. The second reason is in the beginning of the story Ian sees himself with a girl he’s never met. I enjoyed experimenting with his desire to be with her based on a vision. It’s also is a forbidden type of love, and I had fun writing it.

(Q) Which authors have most influenced your own writing?

Some of the usual big names in science fiction such as Frank Herbert, Orson Scott Card, and Connie Willis. I love Orson Scott Card’s books on writing. I also like Wilbur Smith for historicals and have used some of his methods.

I have a nice easy chair in the living room where I’m most comfortable for writing. My muse is always best in the morning. I like to have something on in the background either music or the television. I think this is because I grew up with the TV on most of the time. It’s sort of like having company that doesn’t interrupt my writing.

(Q) As a writer, what is your greatest fear?

I always worry that something in life will take away all my writing time. Recently I’ve been looking for a full time day job, and I worry that between that and my kids it will be difficult to get any writing done.

Pencils, pens, stapler and always a glass of water. I’m sort of addicted to water. At least it’s a harmless addiction.

I’m working on a sequel to Vallar. I’m only about 20K words into because I keep changing the beginning.

(Q) What tip would you offer to a new writer who is just beginning their submission journey?

Join a critique group, participate, and accept advice. Build up your online networks through blogs, facebook and twitter before you’re published. If you want to be traditionally publishing read the Query Shark’s blog all the way through and keep re-writing your query. If you’re self-publishing, get several reviews of your book before you publish.

(Q) What research was involved in writing this book?

There was a good deal of research involved. I studied the book “A Traveler’s Guide to Mars.” This book has the best detailed description of the various areas of Mars that I could find. I also have a geologist/engineer critique partner that helped me with some of the technical aspects. I studied any map about Mars I could find. Google Mars is a good resource. I also studied all the environment on Mars in depth.

(Q) How about an excerpt to tantalize the readers?

This is something from the end of chapter 5.

The vessel teetered on the edge of something. Outside, a thick mass swirled, making it impossible to see. My heart beat out of control. The hull became like a cage with narrowing walls. A crack formed on the front shield and grew in short spurts with every movement.

A few others slowly stood up. Nate’s feet barely fit on a small ledge. Another man hung onto the wall opposite of him. I looked back and forth between Nate and the cracked front port, which threatened to depressurize the vessel at any moment.

“Nobody move,” ordered the captain.

“The port is about to go,” I said. “Those men have to come down here.”

Everyone argued at once.

“Nate!” I yelled over the talking. “Try to come down slowly.”

“He’s right. We have to come down,” said a panicked voice. The man opposite Nate crawled down, but he went too fast.

The vessel swayed and slid, threatening to fall at any instant. The crack streaked across the window like a lightning bolt. I held my breath. The large transparent shield bowed outward and exploded. Clear particles flew outside and blended into the churning heap. Men screamed as the craft depressurized.

“Somebody help him!” I yelled.

Nate’s hands slid off the wall. His arms flailed about as he tried to grab something. Two others flew into him and pushed him out the front port along with them. Nate disappeared into the churning dust.

“Nate!” I screamed as the vessel tilted and slid downward.
1 comment:

Tales of Abu Nuwas - Book Trailer Up for Vote

Please vote for my trailer at You Gotta Read Videos (click on the title to go to the link).

My book is #1. Alas, that's only the position in the poll. As for votes, I'm getting none. Like American Idol and Dancing with the Stars, this is a popularity contest and has little to do with actual quality. Okay, so my trailer is an amateurish piece of junk. That doesn't stop you from voting for it. Here's the trailer so you don't even have to scroll down to find it on the site:

June on this blog will be busting out all over with ... mystery writers! Well, mystery, suspense, thriller mixed with a bit of romance and a dab of science fiction.

6/3 Ginger Simpson - Beside Myself

A girl with her own genie is interesting enough, but a girl with a difficult genie adds an interesting layers of charm and humor. Abu Nuwas tells a tale of Setara and her endless amount of granted tricky wishes. These wishes take her to places where demons, so-called vampires and fire breathing horses become friends and foes. Setara finds she often has to think her way out of trouble...."
No comments:

I'm lining up a spectacular month of posts for mysteries. This isn't all out of the goodness of my heart (well, I am a nice person), but because I have a mystery coming up for release in July.

I still have days open for YOUR mystery/suspense/thriller or crossover book that has a touch of mystery in it. For example, I've got a request for a science fiction/fantasy/romance where a mystery drives the plot. That's good enough for me. I'd like to fill the month with as many authors as I can fit.

I'm updating the authors and dates in the right-hand sidebar. Just look over there>>>> to find out who and when. Want to add your name to the list? Drop me an email with your info at mgdasef (at) gmail (dot) com.
1 comment:

Alt.Fiction Conference in the UK

Eternal Press has a page in the Alt.Fiction Program Book. The conference will be held at the end of June. 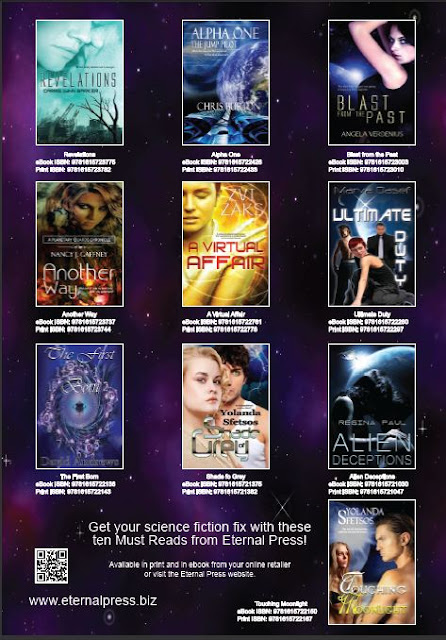 It's pretty easy to make a print book. Not many people buy them, and I don't spend time advertising them, but as long as ereaders aren't owned by everybody in the world, there will be a reason for printed books.

I got a fairly decent cover for the print version out of CreateSpace. It's the first time I used their cover creator. I thought it quite flexible and even the artistically challenged, such as yours truly, can whomp up a nice cover.

Matter of fact, I liked it enough, that I've put in on my ebooks of the same book content.

It will be a few days until the print edition is available, but I can already show the cover to the left. Click on it! You don't have to buy, but it might earn me a penny or so just for having you click. That's how this monetizing thing works. The more you click on my blog (including those adverts you see over in the right column), the more I can earn.

A little science fiction, a bit of fantasy, plenty of humor, and some really shocking horror. These are tales to suit any mood. Most stories in this book were previously published in on-line or print publications. The author is re-issuing the stories since an editor somewhere liked them enough to publish them in the first place.

Polishing Your ms. A Waste of Time.

I hear a lot of advice for writers to follow. One that always annoys me is to edit edit edit your work over and over. I disagree. Write, clean up the typos and obvious gaffes, then leave it be.

Heinlein's writing rules make sense to me. Thanks to http://www.gazetteofthearts.com/writer3.htm

These rules appeared in the 1947 essay "On the Writing of Speculative Fiction."

We believe that they are as true today for all would-be published writers, whatever the field, as they were for writers in the golden age of science fiction magazine pulps.
5 comments:

In a sub-genre of Urban, Epic, Chosen One, Quest, Paranormal, Euro-centric, Contemporary, Otherworldly

When the main character is human or non-human or half-n-half (like coffee creamer).

And the secondary character is a hot human, non-human, or half-n-half

And the villain is an insane, megalomaniacal, just-plain-evil, human, non-human, or half-n-half. 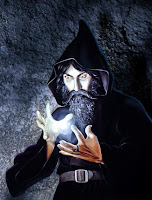 When the list is complete, look it over and write some kind of fantasy that does not fit in the lists above.

Already written? Then provide the title, author, and a link. Explain how this book isn't using the same old tropes. 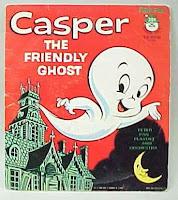 Can we come up with even one absolutely unique fantasy book?
No comments:

I'm one of the featured writers, so please visit the blog to find a coupon for a free copy of "Mixed Bag." It's in the comments.
2 comments:

Sweet Tales for Mom - Give Her a Book for Mother's Day

Mother's Day is coming up on Sunday and you still have time to get her something nice. If your mom is in the same generation as my mom...