Writing Tips - Down with Obese Books!

What's the most obese book you've read? I'll nominate "Jonathan Strange and Mr. Norrell" at a hefty 1024 pages. BBC is making a TV mini-series out of it because it's too hugely overwritten to fit into a 2-hour movie. What is with people writing bloviated books? But what do I know? It's a best seller, so my dislike of it is irrelevant. I did read the entire thing and was queasy for days from all the lard. Not that I'm averse to reading long books. I found Neal Stephensons' Baroque Cycle trilogy absolutely top notch entertainment.

Apparently, Susanna Clarke (note she even has an extra letter at the end of her name) had no use for Stephen King's good advice for writers in his book "On Writing." The one that struck me the most is to write your book, then cut 10%.

I have the opposite problem. I need to add 10% (at least) because I tend to write tersely. That's my 35 years of tech writing kicking in. Say whatever you have to say in the fewest words possible. A couple of reviewers thought my murder mystery, "Missing, Assumed Dead," moved too fast and resolved too quickly. Go figure. An action story having too much action and not enough lolling around in bed or describing the view.

In reading many of my fellow authors work, I tend to think Mr. King's advice is not followed often or well. Here, in my opinion, are the areas in which writers should just learn to shut up.

Environmental Description: Let the reader use their imagination a bit. You don't need to mention everything the protagonist is seeing everywhere they go. If your hero is spending two minutes in a village asking questions, then we really don't need to know everything about the village from its inception to the current time.

Is the description furthering the storyline? If there's a building with many columns and open windows, you had better have a darned good reason for mentioning those details. If the hero isn't scaling the columns or climbing into or jumping out of the windows, why would we care? Less is more.

Dining: The hero does have to eat on occasion, but he or she doesn't have to stop for three meals and an afternoon snack every day. If the villain is poisoning food, then the dining experience might be important. Otherwise, a simple statement that the hero (or villain) took a moment to snack is fine. We don't need the details. A SciFi I read many years ago described the characters eating at least once in every chapter. Good story, but the constant chowing down was distracting. *See "Bathing, Sleeping, Eliminating Below.*

Clothing: Aside from weaponry or armor, we really don't care. The exception to this rule is if the character's attire plays into the plot. High heels on a female sleuth are only important if she can't run down the creepy guy because stilettos are impractical for hot pursuit. Not being a fashionista myself, I rarely consider what my characters are wearing unless it has a plot-driven purpose.

Secondary Characters: If the hero stops to inquire if the villager has noticed any unseemly activities recently, we really don't care what said peon is wearing, the status of his facial hair, or the curviness of the barmaid's figure. This is excess information. Leave it out or I'll leave it out by dropping your book in the virtual wastebin.

Sleeping, Bathing, Eliminating: You can mention these activities only to allay the readers' fears the character doesn't perform any of these functions. They sleep because they're exhausted from plot-worthy activities. The cleanup when they've been splashed with blood or other vile matter. The eliminate only if they're pissing on their defeated enemy's body.

I mentioned Missing, Assumed Dead at the top of this essay, thus it wins the tail end honors. 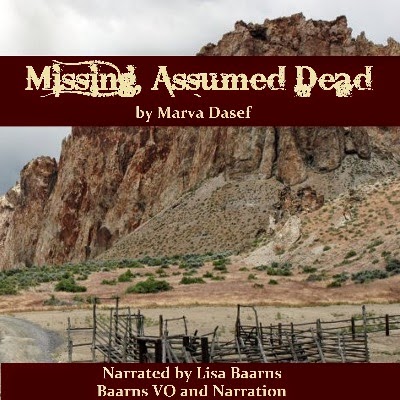