Halloween is for Vampires

HALLOWEEN IS FOR VAMPIRES

I Scotch Broom, I present Glaistig as a vampire woman who has entered the Otherworld because she no longer wants to live off the blood of humans. Within the magical realm, she can safely feed on the various magical creatures without killing them. Once I discovered her, I knew she had to be part of the Scottish story. While a vampire, she’s got a soft side that appeals to Rune. In other words, she’s not all bad; she’s just been fabled that way. 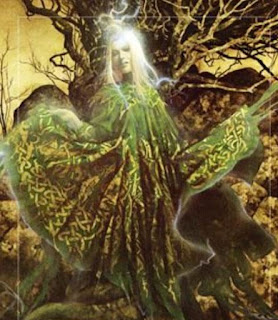 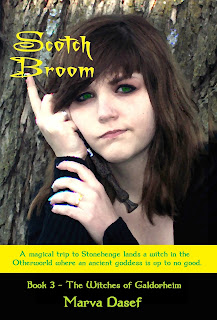 SCOTCH BROOM: Book 3 of The Witches of Galdorheim
#FREE at Smashwords to the end of October with Coupon TH89T
A magical trip to Stonehenge lands a witch in the Otherworld where an ancient goddess is up to no good.
Kat is on her way to an exciting trip to Stonehenge, but is led astray by a jealous rival. Caught in the Otherworld within the Scottish Highlands with a has-been goddess trying to kill her, Kat has to defeat the goddess and rescue her brother from the hag's clutches.

BAD SPELLING: Book 1 of the Witches of Galdorheim is permafree on Smashwords.