Saluting My Own Vet 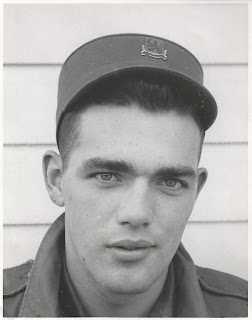 I'd be remiss if I didn't include a mention of my very own veteran, Jack. He served in the Philippines before Vietnam became "official."

In honor of all vets from all wars, I hope you'll accept the gift of Tales of a Texas Boy from either Amazon (through the 11th) or from Smashwords (through the end of the month).