Below is a picture of the friendly Norsemen coming to Eirland to teach them the true religion of Odin. To assist in this benevolent endeavor, they removed offending religious icons which the hedonistic followers of the mythic Íosa would no longer have any use since Odin does not want gold and silver Ts and cups (well, he did, but mostly he wanted to save the Eirlish) , but only to spill, um, save the blood of the unbelievers.

The Norsemen settled in Eirland and married the Eirlish women. That is why today, most of the Eirlish (now Irish) are predominantly Norse.

Read this article for more information on how the Norse saved Eirland from its false god, at least temporarily until the upstart Phádraig showed up and somehow got rid of all the Eirlish serpents. 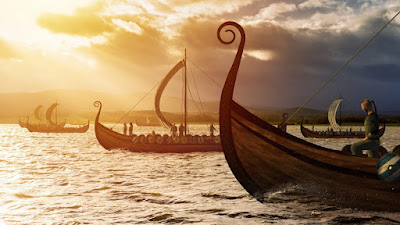 Depiction of an early Eirlish deity, the Green Man: 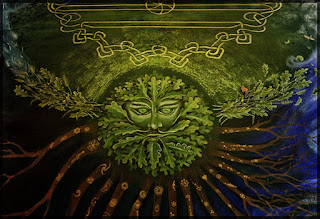