Mabon is Not Just for Witches 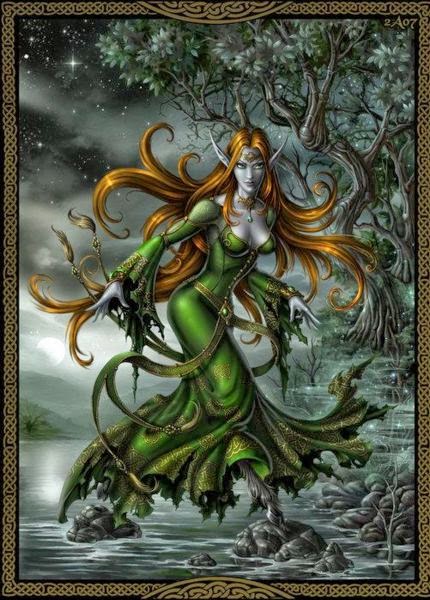 In Scotch Broom, I present Glaistig as a vampire woman who has entered the Otherworld because she no longer wants to live from the blood of humans. Within the magical realm, she can safely feed on the various magical creatures without killing them. Once I discovered her, I knew she had to be part of this story. While a vampire, she’s got a soft side that appeals to Rune. In other words, she’s not all bad; she’s just been fabled that way.

I discovered Glaistig at a now-defunct site called Monsterpedia,  The picture is from that site so it might be a misuse of copyright. But they started it!

Rune followed Glaistig, with Bodach close on his heels. Over the thumps of Bodach’s heavy footsteps, he heard the skittering sound of a small animal in the grass as they walked away.
* * *

SCOTCH BROOM: Book 3 of The Witches of Galdorheim
A magical trip to Stonehenge lands a witch in the Otherworld where an ancient goddess is up to no good.
Kindle and Print: http://www.amazon.com/dp/B00JKR8XRG
Audiobook at Amazon or get it free on Audible when you take the free trial.
Get the entire series including the prequel short story, "Spellslinger," and the follow-up "Blood Ties Tested." in a single volume: The Compleat and True History of the Witches of Galdorheim.
Smashwords All Formats: https://www.smashwords.com/books/view/491001
Kat expects to have a great time on her graduation trip to Stonehenge. However, from the moment she leaves the witches’ arctic island, Galdorheim, she gets in nothing but trouble. Her younger half-brother tries to horn in on her trip, she gets lost in the magical Otherworld realm, is led astray by a supposed friend, then she has to confront a Scottish goddess who’s fallen on hard times.