Plot Do Over - Faizah's Destiny

I have two books based on middle-eastern mythology. One with lots of humor (bungling genies, star-crossed demon lovers, flying horses who can't fly, etc.). That started life as "The Tales of  Abu Nuwas."

The other is more serious with imminent death, demons, gods toying with people's lives, etc. That was original titled "Quest for the Simurgh." I know, the title left much to be desired.

I offered both books to MuseItUp Publishing and they were released under the titles "Setaras' Genie" and "Faizah's Destiny." They did a great job editing and providing wonderful covers.

One thing that didn't happen was sales. That's not MuseItUp's fault, though. I decided to take them off the hook for all of my books they'd published. When I got back my rights, I liked these titles better, but I had to maintain a relationship to my originals, thus I released them as: 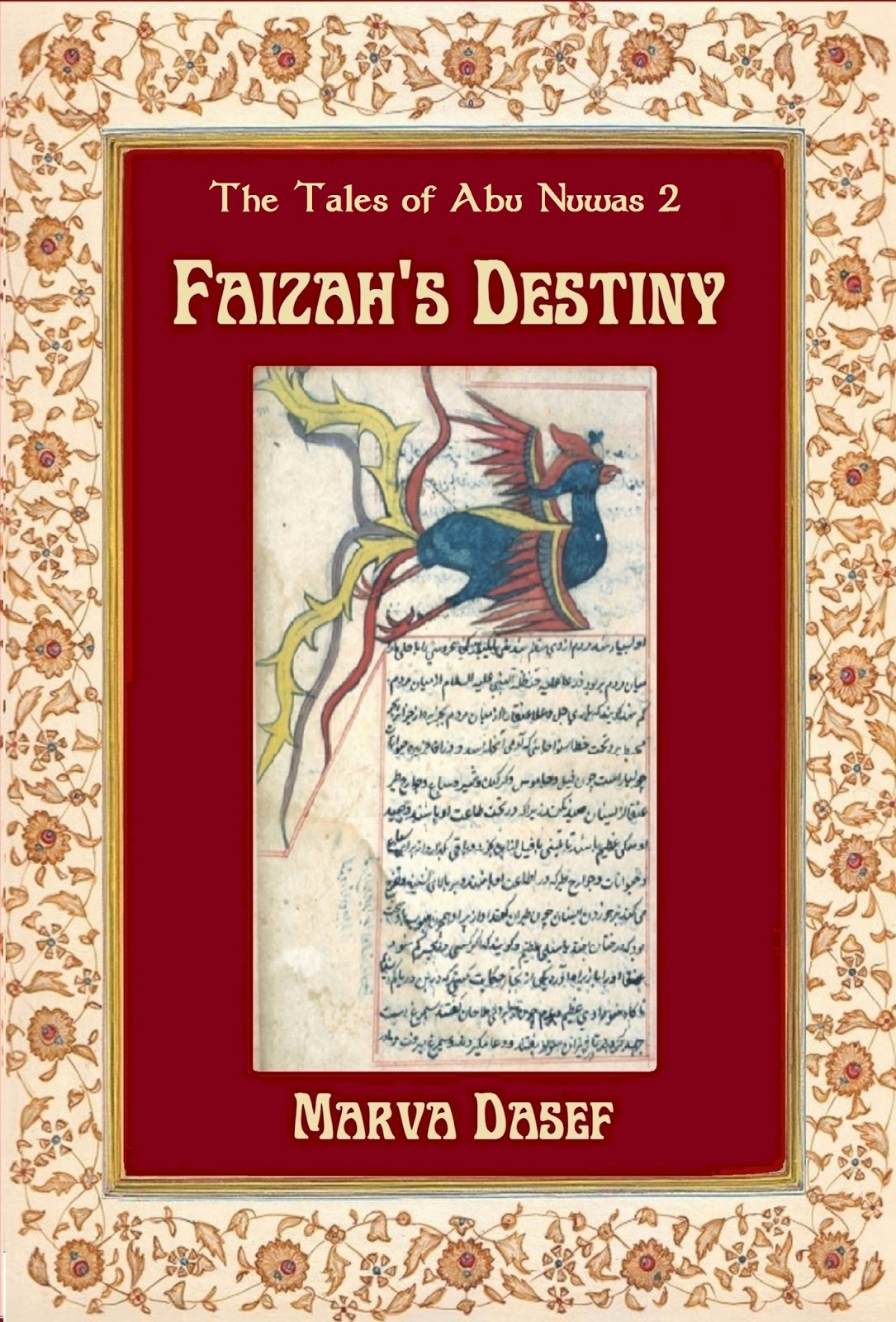 In thinking it over, I decided I liked the frame-style of  Setara's Genie, so I adapted Faizah's Destiny to that format, adding a few thousand words of Abu Nuwas telling Faizah's story.

Confused? Well, since I've totally bollixed any resemblance of saleability for either book, I feel free to continue to confuse the issue by releasing "Faziah's Destiny - The Tales of Abu Nuwas 2."

Feel free to ignore this new release. Yeah, it's longer than before and has the ever-popular Abu Nuwas the Storyteller doing the honors of relating the tale to a crippled slave boy. So that's it. The new book is only at Amazon in Kindle format for now. Buy it, don't buy it. If you read the original, there's no need to read this unless you're a big fan of Abu Nuwas.

The old version (Quest for the Simurgh) will disappear soon. Too bad. It has twelve reviews I'll never see again.