Continuing the Weird Christmas Traditions for your entertainment. See the First Part here.
More weird stuff coming here in the next couple of days.

TALES OF A TEXAS BOY is just the right present for that hard-to-shop-for older relative. Kids like it, too, but the main character's Texas drawl might be a hard read. They would like you to read it to them OR get the audio book edition and let the talented Donnie Baarns do the narration honors. 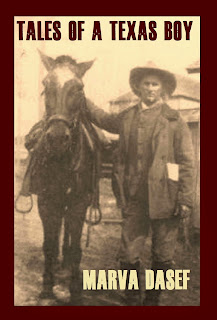 Buy it at Amazon for only $8.99 and make everybody happy. Now isn't that a better gift than cologne? Oh, you can also get the book for your Kindle, other ereader, or for your listening pleasure in audio format. Gotcha covered for Christmas.

Email ThisBlogThis!Share to TwitterShare to FacebookShare to Pinterest
Labels: Christmas