It is Happening Here 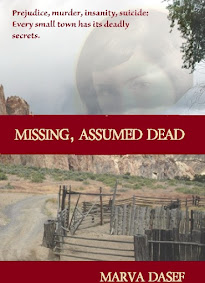 Salvadore Vasco poured coffee into a tin mug and clumped out onto the rickety porch fronting his wooden shack. Sun glare off the bare, brown rocks scattered about the yard made him drop his head, so the brim of his hat shielded his eyes. Today would be another scorcher. He took a sip of the hot, bitter liquid and stood quietly for a moment inspecting the only thing he owned: this scruffy acreage a few miles outside a tiny town in eastern Oregon. It might not be much, but it still brought a smile to his lips. He propped the shepherd’s crook he used for a cane against the siding. Bending to sit in the rocking chair, he grimaced. Not even seventy yet, and his bones didn’t cooperate this early in the morning. Sign of a hard life to be stove up so young.

On the horizon, dust billowed up from the main road. It drifted east with the morning’s hot breeze. Sitting up straighter, he watched and waited. Once the good Lord took Miranda away, nobody came out here anymore. It crossed his mind it might be his only friend, but Ray wouldn’t leave his diner during the day unless something big came up. Jack and Jill’s, the name Ray gave the place, had been there so long it could prob’ly run itself, but you couldn’t tell Ray that.

Not much reason to come here unless somebody died.

The vehicle wound its way up the dirt track leading to his house. Salvadore heard the rough engine of an older truck just before he made out a white pickup. Looked like a Dodge Ram.

It stopped a few feet from his porch, dragging the road dust in with it. He covered his mouth and nose with a big handkerchief until the cloud passed and then stood to greet his visitors. He didn’t recognize either of the men. The driver was in his forties, the passenger younger, maybe thirty. When they opened the pickup doors and stepped out, they hitched up their gun belts in unison.

It wasn’t unusual for men to wear sidearms in these parts, so it didn’t worry him. Salvadore noted the rifle rack in the back window of the truck. Most likely hunters. Both wore their hair close-cropped and were dressed in khaki camo trousers and black T-shirts. The outfits reminded him of uniforms. Tattoos covered the bigger one’s arms. Salvadore stared at the spread-winged eagle on his upper arm. It seemed familiar. “Howdy, fellas. Can I help you?”

The driver looked at the other man and smirked. “Anybody up here, old man?”

“I meant any other people, old timer. We’re lookin’ for somebody. Thought he might have come up this way.”

A chill crawled up Salvadore’s crooked spine. “Nope. Haven’t seen nobody but you two.” He instantly regretted his too honest answer. Now they knew he was alone. He pointed north. “If you’re wantin’ the best place to hunt bighorn, you should head that way.”

The driver moved closer. Salvadore took a step back.

A dark mark on the man’s neck looked like a swastika. Pockmarks speckled his cheeks. He planted his boot on the first step with a thud and bared his teeth in a grin that didn’t reach his eyes.

Salvadore moved his hand to the left and gripped his shepherd’s crook. “Nothing here of value, boys.”

“We’re not planning to rob you, old man.”

“Good to hear. So you can just move along.”

“Oh, I don’t think we want to do that.” Pockmark smirked at his partner. “Do we?”

Both men came at him. He raised his crook to protect himself.

It did no good.

MISSING, ASSUMED DEAD
Prejudice, murder, insanity, suicide: Every small town has its secrets.
Buy the Ebook, Print, or Audio at Amazon (ebook 99 cents)
Buy the Ebook in all formats at Smashwords (free!)
Buy the Audio Book at Audible.com or iTunes

When Kameron McBride receives notice she’s the last living relative of a missing man she’s never even heard of, the last thing she wants to do is head to some half-baked Oregon town to settle his affairs. But since she’s the only one available, she grudgingly agrees.
En route, she runs afoul of a couple of hillbillies and their pickup in an accident that doesn’t seem . . . accidental. Especially when they keep showing up wherever she goes. Lucky for her, gorgeous Deputy Mitch Caldwell lends her a hand, among other things. Her suspicions increase when the probate Judge tries a little too hard to buy the dead man’s worthless property.
Working on a hunch and trying to avoid the Judge’s henchmen, Kam probes deeper into the town’s secrets and finds almost no one she can trust. With Mitch’s help, she peels away the layers of prejudice, suicide, murder, and insanity. But someone in town doesn’t like her poking around, and when they show their intentions by shooting her through the police chief’s office window, the stakes are raised. Kam must find out what really happened to her dead relative before someone in this backward little town sends her to join him.
And she thought Oregon was going to be boring.