NATALIE'S TREATS:
Visit Natalie Wright's blog and learn how to enter to win a signed copy of her book, Emily's House, some swag, and an Amazon gift card!
Or click here to use RaffleCopter to enter.

Irish Celtic mythology and spirituality inspired me while writing my first novel, Emily’s House. Emily lives in the modern world, but she learns that she is the last of the line of the Order of Brighid, an ancient order of Irish women priestesses.

Before I began the research for Emily’s House, I knew nothing about Celtic mythology. I soon learned that Ireland is rich with mythic creatures and entities.

I came across two beings that I just had to use. The first you may be familiar with: the Banshee (in modern Ireland it’s Bean SÍ). While there are many variants of the Banshee myth, the one thing they have in common is that she keens for the dead. Sometimes her keening is a premonition of the death to come. At other times she wails for the newly dead, often said to announce the death of one from an important Irish family. At times Banshee is described as beautiful: 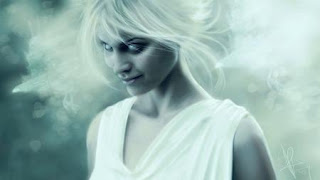 At other times she is described as terrifying. 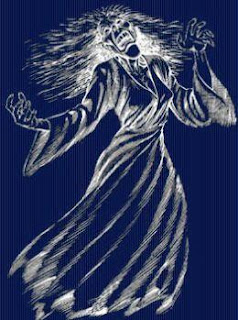 You’ll have to read Emily’s House to see how my mind imagined Banshee!

The Irish leanan sidhe (also spelled Lianhan Sidhe) is a lesser known mythological creature. She is most often depicted as a beautiful muse who offers inspiration to an artist, but at a price. It is said that the men who fall in love with her live brief but inspired lives. In the mythos, Lianhan Sidhe seeks the love of mortal men. If they refuse, she must be their slave. But if they consent, they are hers and she essentially feeds on their life, wasting away. The Lianhan Sidhe reminded me of the siren who lures sailors with her irresistible song, only to crash on the rocks and perish.

As I read about these two faery women, I thought, “What if they are sisters?” And what would be unleashed if something happened to one of them? Would the other have her sister’s back? Would she seek to avenge her sister?

I used other aspects of Irish Celtic mythology and spirituality in Emily’s House, but maybe the most fun was coming up with my own spin on the very old myths of the Banshee and the Lianhan Sidhe.

I hope you are all enjoying the fabulous Summer Teen Reading Party where fun reads abound at summer sale prices with great prizes thrown in for good measure.

My Summer Teen Reading Party giveaway is going on now through May 21 so enter through the Rafflecopter below for your chance to snag swag from me.

From Kirkus Reviews: With her two best friends by her side and her mother’s memory in her heart, a teenager undertakes a journey to save the world from an ancient evil.

Emily Adams has always known she’s special. Throughout her whole life she’s had visions of things that haven’t happened yet and she could always read her mother’s mind. At least, she could until her mother died. Emily thinks her abilities are just about gone, but the arrival of a strange creature in her backyard one night proves otherwise. Emily discovers she is the last of the Order of Brighid, an ancient society of women sworn to protect the portal to the Netherworld. Now, with the portal under attack, it’s up to Emily and her two loyal, wisecracking friends to stop a villainous man before his actions destroy the world. 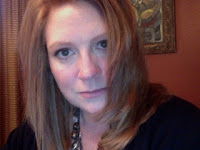 Natalie Wright spent her formative years growing up on a farm in Ohio. It was a fertile environment for an active imagination and inquisitive mind. She is, however, a city girl at heart and now finds inspiration in her travels and in the desert environment of her home in Tucson, Arizona, where she lives with her husband, daughter and her dog Molly. 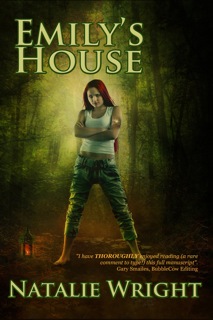 You can Purchase Emily’s House Here: