I wrote a bunch of posts for blog visits, most of them appearing in May. Since we've moved on, I decided to waste not and post many of them here again. I think they're entertaining, and I hope you do, too.

The first post (coming on the 25th of June at Midnight) features Rune, a favorite of many readers. He's cute, sassy, smart, a great spellcaster, and half vampire. What more could you want in a teenage boy? Tune in on the 25th for a series of posts appearing every other day or so.

Other topics:
Glaistig: Scottish Vampiress
Caiileach: Has-Been Goddess and Villain Extraordinaire
Sianach and Cusith: Hart and Hound who help the MC along the way
Cait Sidhe: A cat fairy with a bad attitude and sharp claws
Diamond: A Lonely Unicorn
Others to be determined 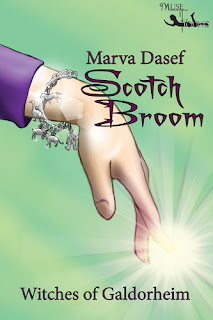