See all my audio books on audible.com Every one value priced for $1.99

Follow Katrina, the teenage witch, and her half-vampire brother on three adventures. Chasing down an evil shaman, helping an elemental spirit defend against an angry sister. Traveling through the Scottish Otherworld to be attacked by a has-been goddess. You've never read books like these before...guaranteed or your money back. 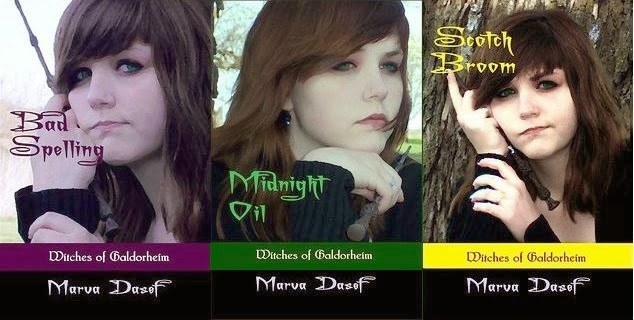 Tales of a Texas Boy
Audible   Amazon
How do you handle a crazy jackass? Eddie knows. If you ask Eddie, he'll tell you pigs can fly and show you where to find real mammoth bones. Take his word for it when he tells you always to bet on the bear. These are things he learned while dreaming of becoming a cowboy in West Texas during the Depression. Through Eddie, the hero of "Tales of a Texas Boy," we find that growing up is less about maturity and more about roping your dreams. Hold on tight. It's a bumpy ride. A wonderful read for anyone who enjoys books like "Little House on the Prairie" or "Tom Sawyer." A great bit of nostalgia for seniors, too.

When Kameron McBride receives notice she's the only living relative of a missing man she's never even heard of, the last thing she wants to do is head to some half-baked Oregon town to settle his affairs. Her suspicions rise when the probate Judge isn't really a judge and tries too hard to buy the dead man's worthless property. Kam probes deeper into the town's secrets and finds almost no one she can trust. She must find out what really happened to her dead relative before someone in this backward little town sends her to join him.