Tales of a Texas Boy Excerpt #15


Oil became big business in Texas. Confidence men came with the wildcatters and sometimes regular folk fell for some scheme or other. When it happened, it was nice to have a real detective as a friend.

Mr. Norfleet was an important man in many ways; he was the first foreman of the Spade Ranch, started up his own ranch, raised racehorses, and was a darn good detective. The FBI even gave him a special award for bringin’ in all sorts of lawbreakers. His specialty was confidence men, because that’s what got him started as a detective. 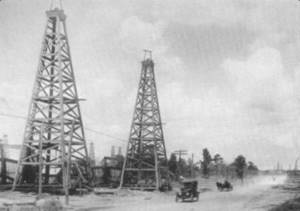 In 1919, Mr. Norfleet was back east and got taken in by a gang claiming to be mule brokers. He was told he could make good money in the cotton business, but he had to put up a lot of money, near forty-five thousand dollars. Well, he was a successful rancher, so he had that kind of money to invest. The con man and his partners ran off with the money and left Mr. Norfleet high and dry.

He did not take well to bein’ gypped, so he went after the men. He followed them all over the country, even into Canada and Mexico. He wore disguises to help him meet up with other bad men to get information. Eventually, he found all of the men; three in California, one in Salt Lake City, and the last two in Georgia. Catchin’ those crooks made him famous and a lot of folks started comin’ to him for help. He had a reputation of always gettin’ his man, just like the Texas Rangers. He even wrote a book about it, Pa said. Pa tol’ me the story, but he says never to bring it up to Mr. Norfleet, as it was a raw spot for him.

Pa knew him because Pa was a good horse doctor. He’d gone down to the Norfleet Ranch and helped out when a sickness was takin’ the horses. Pa managed to save a few of Mr. Norfleet’s racehorses and that not only made Pa some money, but also made the two of them good friends.

Now, Pa needed a favor back. He’d wrote a letter to Mr. Norfleet and was invited to come down to the ranch to lay out the whole story. So, that’s how come we were driving over a hundred miles: to get help from one of the best detectives at findin’ grifters, swindlers, and all-round no-goods.