SIDE TRIP
by Renee Duke 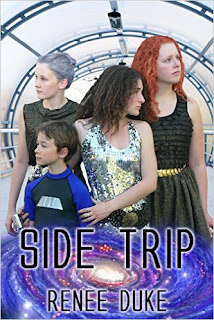 Earth-born adolescents, Meda and Kirsty, are eager to explore the Zaidus system. They just don’t want to explore it as members of an organized tour group. The chaperone’s a harridan, and most of the places they’re forced to visit are really boring. Striking out on their own holds far more appeal, and despite limited funds and unexpected mishaps, they manage quite well – at first. But thanks to a bratty little brother, a dimension-travelling alien girl, and a handsome alien prince, an independent tour of the Zaidus planets is not without its complications.

Our employer had an automatic maintenance system that took care of most of the house and yard work, but someone had to programme it and keep an eye on things. Since Jip had occasionally helped her father’s housekeeper do something similar on Heltiga, she volunteered to do that. Kirsty and I got the supposedly simple job of exercising Mrs. Thoyen’s pet snurboks.
These were a pair of large, solidly built quadrupeds with orangey-yellow fur. Their huge heads were almost on level with our shoulders and had three short, bumpy antennas attached to them.

The control devices for the holding beams attached to the snurboks’ collars had a number of functions. Unfortunately, we had no chance to familiarize ourselves with them before the animals shot out the door.

“They seem a little rambunctious today,” Mrs. Thoyen commented as we sailed past her. “Be firm with them, girls. They’re strong, but manageable.”

Manageable? We begged to differ. We even couldn’t pull them up in time to stop them crashing into the hapless individual walking by the gate. Descending to the ground in a tangled heap of people and snurboks, I recognized our victim as the Ralgonian man from our ship. I wondered if he had come to Sustra on vacation. If so, he did not seem fated to enjoy himself.

We scrambled up, full of apologies, but had no time to help the Ralgonian to his feet. The snurboks took off again, loping through the streets with us running full throttle behind them.

This went on until we got to a park. Obviously familiar with the place, they scorned the use of public paths and with yelps of joy, plunged down a slope leading into a wood. I tripped and tumbled to the bottom, letting go of my snurbok’s control device.

He went on quite well without me. Looking up, I could see Kirsty was still attached to her snurbok, which was pursuing a zigzag course through a section of trees. Just beyond the trees was a wide, but fortunately for Kirsty, shallow, stream. The brute went right through it, stopping only long enough to shake itself on the opposite bank. Lunging forward again, it jerked its control device out of Kirsty’s hands. Unable to stop, she went headfirst into a large, prickly bush.

The snurbok continued on its way until the handle of the control device flying loose behind it got snagged in a tree. Hearing its forlorn yowl, my snurbok stopped tearing around and went to join it. Before I could jump up to recapture it, Kirsty extricated herself from the bush and went stamping across to the snurboks. She was dripping wet, covered with prickles, and absolutely furious.

“That does it!” she roared. “I’ve had it. Who do you two, big, daft, furry gawks think you are, thundering aboot all over the place? I expected to move along at a fair clip with creatures your size, but I’ll not, I repeat, I’ll not, be trundled up hills, and doon hills, and through mucky water, and into prickles. Look at me. I’m drookit!”

Frightened by her outburst, the snurboks cowered and tried to hide behind each other. 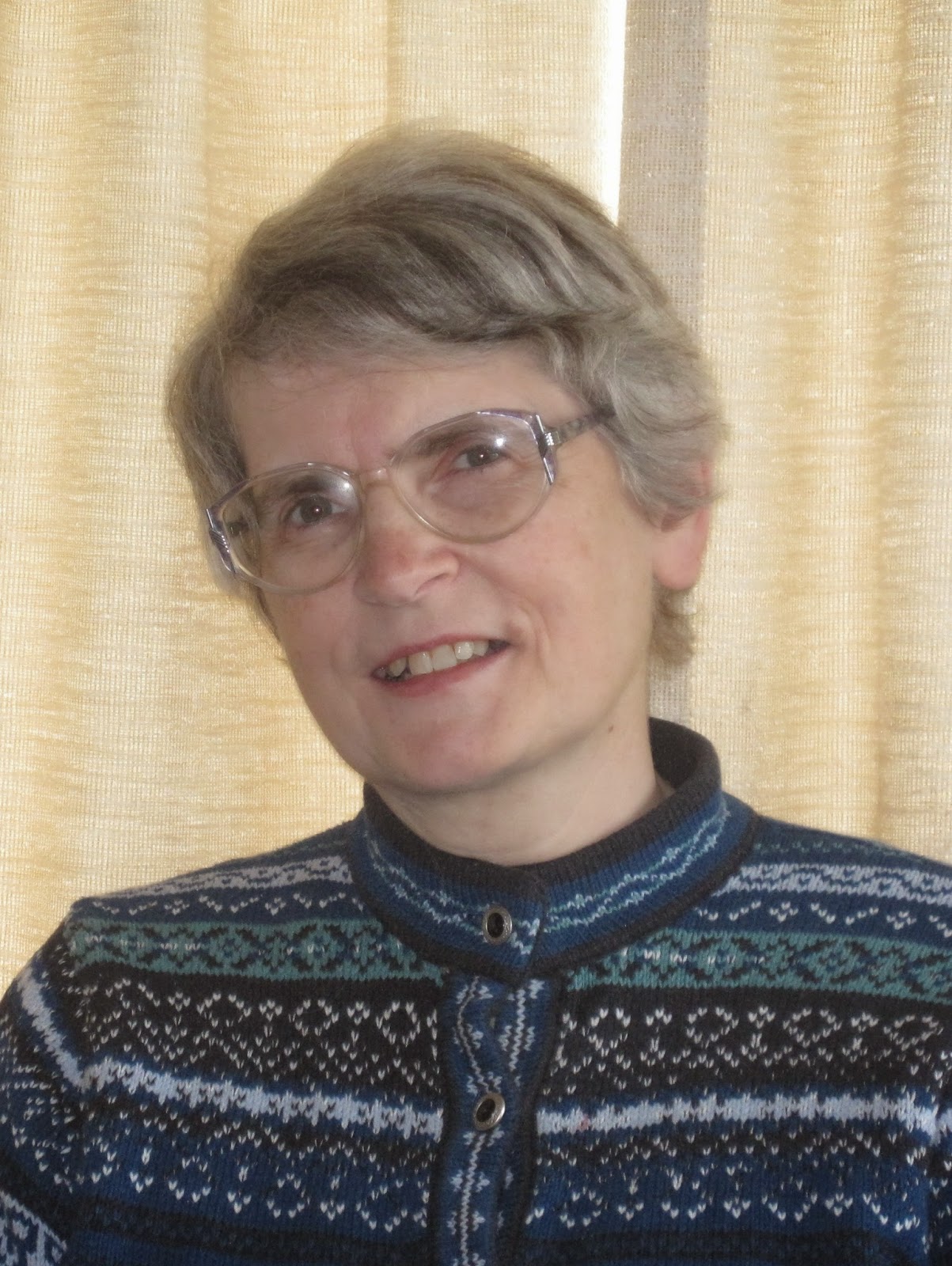 Renee Duke grew up in Ontario/ B.C., Canada and Berkshire, England. In addition to this young adult novel, she is the author of the middle grade time travel novels, The Disappearing Rose and The Mud Rose, the first two books in the eventual five-book Time Rose series, and has just completed the third book, The Spirit Rose.


Visit Renee's Blog Time Traveling with Kids for interesting historical facts and findings of interest to both kids and adults.