With Oregon's Malheur Wildlife Preserve in the news recently, I thought you might be interested in some of the other wildlife areas in Oregon. These preserves protect endangered or indigenous species. They weren't created just to take away land from somebody, but to make the world a better place. Preserves belong to the PEOPLE already. The current occupiers at the Malheur preserve 1) have no rights to the land whether or not it's held by the US government, and 2) most of the land didn't belong to anybody when the preserves were created. So, guess what? The wild bunch in Burns are full of eagle excrement. Read Eagle Quest to learn a little more. 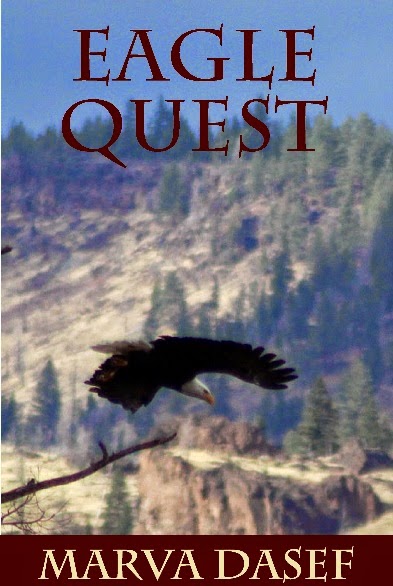 Set in the Klamath Wildlife preserves in Southern Oregon, this book is about the Bald Eagle flyout area in Bear Valley. Yes, we have Bald Eagles like they were pigeons in the park around Oregon. And we're danged proud of our big birds. The cover shot was taken by Coralie, a professional wildlife photographer and my long-time friend. See her work on her website at http://www.mrsroadrunnerphotography.com/