SETARA'S GENIE ON SALE FOR 99 CENTS UNTIL THE END OF JULY
Amazon Kindle or Smashwords (EPUB, PDF, MOBI)

Everyone knows about Scheherazade’s 1001 Arabian Nights. What you might not know is that the stories said to be originated by the King’s wife to keep her murderous husband from killing her are almost all derived from existing folklore and fairy tales.

The main folklore derivation is Scheherazade herself. The frame story of 1001 Arabian Nights is in itself a folk tale. Various stories were added or changed throughout the years. Modern western society likes the cleaned up Disney-style telling. Sir Richard Burton translated from the Persian in the 19th Century to produce a somewhat bawdier version of many stories. Sir Richard was a remarkable character himself, but I just couldn’t work him into the book. I recommend reading about him and also perusing his translations of various works (including the Kama Sutra). Wiki can provide additional details. http://en.wikipedia.org/wiki/Richard_Francis_Burton

Was Scheherazade a real person? Yes and no. Like Robin Hood, this storytelling queen is a legend herself and may be based on a real person. However, it’s not known for sure. Wiki has a pretty good write up on her: http://en.wikipedia.org/wiki/Scheherazade 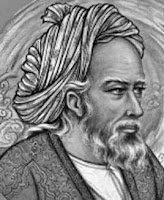 Abu Nuwas, who I have used as my story teller, was a real writer/poet in the 8th Century. While my kindly story teller is a poor man who earns a meager living with his tales, the real Abu Nuwas was quite well off and considered to be Persia’s (Iran’s) most famous poet. His reputation wasn’t sterling, and he often found himself in legal trouble. Essentially, he just couldn’t keep his mouth shut sometimes. The Encyclopedia Britannica is a good source of information on the real, and much wilder, Abu Nuwas. http://www.britannica.com/EBchecked/topic/2288/Abu-Nuwas

A more detailed report is in Wiki, but is flagged as potentially unreliable. It does, however, jibe with other information I’ve read about Abu Nuwas.  http://en.wikipedia.org/wiki/Abu_Nuwas

In researching Persian and Arabic lore, I was struck by the concept of the frame story. This is the style of 1001 Arabian Nights. The story of Scheherazade provides a framework for the folkloric tales. I had originally written Setara’s adventures as individual short stories. The first two were published as chapbooks by Sam’s Dot Publishing, then as I added another five tales, all the stories were included in a single collection titled “The Seven Adventures of Cadida.” Once the book’s contract expired, I decided to rewrite the stories and include the frame story to make the whole thing flow more as a novel than a series of short stories.

The book was published by MuseItUp Publishing and is now available under my own name as “The Tales of Abu Nuwas: Setara’s Genie.”

“Oh, goodness. Look at how low the sun sinks. I’m afraid we’ll have to continue tomorrow.”

Najda made a sad face. “I know how you are. You’re just like Scheherazade leaving the story hanging to keep the sultan from killing her.”

“I have met the lady. She was quite clever that way.”

Najda’s eyes grew wide. “You’ve met Scheherazade? That’s fantastic. Where is she? What is she doing now? Does the sultan still love her?”

Abu Nuwas patted the air with his hands. “Calmly, calmly. That was many years ago. She was old; I was young. But, yes, the sultan still loved her to the moment of her death. His heart broke, and he died within days himself.” He shook his head sadly. “A tragic tale in and of itself, yet the sultana left the world with so many delightful tales.”

“She certainly did. A thousand and one stories. Do you know that many, effendi?”

“Of course!” Abu Nuwas put his hand to his chest and bowed his head. “I know every story. Did you know that she did not make them all up?”

“It’s true.” He winked at Najda. “It was how she told them that made them so special. I still seek to be as good a teller of tales as she.”

“And in that tradition, you’ll tell me to go home now and come back tomorrow. Is that right?” Najda heaved a deep sigh. “I should have learned that by now.”

Abu Nuwas smiled. “You’re an adept learner, my child. Go home and take care of your mother. I’ll see you on the morrow.”

Najda stood. “Of course.” She walked away until she was hidden within the crowds bustling through the marketplace.

Abu Nuwas pushed his old bones to a stand. He had to bide his time with this tale and hope he would hear from his friend soon.


TALES OF ABU NUWAS: SETARA'S GENIE
A girl, a genie, a few demons. Would could go wrong?