What's Halloween Without a Group of Recovering Vampires?

BLOOD TIES TESTED - FINAL BOOK OF THE WITCHES OF GALDORHEIM SERIES
Unfortunate events lead a half-vampire boy into indulging his vampire side, leaving him with regret and sadness. Can dear old Dad help him forgive himself?

Following the events in the series Witches of Galdorheim, this additional tale relates what happens to Katrina the Witch's younger brother, Rune. Half vampire and half warlock, he faces life with a wisecrack and some powerful magic. Whatever happens, he does not want to be a vampire like his father. Unfortunate events lead him to fatally call on his vampire half. This failure leaves him in anguish. How can he assuage the guilt he feels? His mother thinks he needs to visit dead old dad, a vampire residing in the Tatras Mountains of Slovakia.
THE VAMPIRES OF THE F.O.B. CLUB (Forever Off Blood) 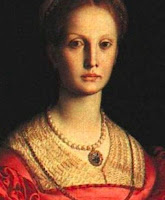 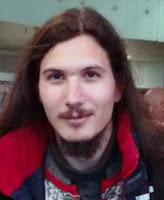 Lyonel Perabo, with his long black hair, goatee, and mustache was tall and elegant—the consummate Frenchman, except for one little difference. He had left France to join the Viking raids a thousand years before. He had thought it a convenient way to sup on humans since the battlefields were strewn with the near-dead lying in pools of blood. When the Norsemen settled treaties and stopped their raids, Lyonel had to go elsewhere for his supply. To his perplexity, a Draugr followed Lyonel from the battlefield. Eventually, he spoke to the monster and discovered he was a man turned to a monster called Thorolf Draugr. The two became friends and hunted together—Lyonel for the blood and Thorolf for the flesh.

The Legend of Thorolf Draugr
Drauger- Icelandic Saga- this is an animated corpse that comes forth from its grave mound or shows restlessness on the way to the burial place. This creature is also known as an Aptrgangr (after-goer or one who walkers after death.) The Draugr is the roaming undead most frequently encountered in Icelandic Sagas. Whichever name was used, the undead of Scandinavia was a physical body, the actual corpse of the deceased.

Tao Lung, like the others, had spent years terrorizing the Chin villages for victims. He came across a scholarly man named Zhu Xi sitting silently in a beautiful garden. He crept toward the man, believing him to be asleep. Tao Lung was surprised when the Confucian philosopher raised one hand, palm outward. Tao froze, unable to move, and realized he was in the presence of a powerful magician. The old man allowed Tao to sit cross-legged before him, arms resting on his knees, and strangely his index finger and thumb touching forming a strange shape. They remained in this position for days. When Zhu Xi allowed Tao to move again, the vampire felt at peace. He was no longer driven by blood lust. Zhu Xi died, as humans do, and Tao Lung wandered through the countryside imparting the same peace of mind Zhu Xi had given him. His wanderings brought him eventually to Drakos’ door. As their spiritual guide, he was the key to the family’s success. When the others wavered in their resolve, they went to Tao Lung. He need say nothing. The one who needed strength sat with Tao Lung as he had sat with Zhu Xi. When their mind was at peace, he released them. They bowed and went about their daily business.