In a week, I'll be visiting Sue Perkins' blog to talk about heroes and heroines. I thought it would be fitting to first talk about the villains in my books. In "Midnight Oil," I had to hit the Google trail to find just the right villainess. Fortunately, I found the Finnish elemental spirits, Ajatar and Ilmatar. They're quite the sister act. By the way, Midnight Oil is in audio production now.

Deities and demons have proliferated over the intervening 20,000 years or so, with the winners being those smarties who knew how to cash in on fear. The shamans, priests, and other assorted grifters.

Earth: The ground shakes and splits open. Uh oh, the earth god is ticked. If you’ll just give me your hard-won haunch of mammoth, I’ll intercede on your behalf.

Air: Windstorm coming up. Boy, are you in trouble for holding back on my share of the cave bear hide. Ol’ Wind is mighty pissed.

Fire: See what happens if you don’t listen to what I say. Your whole forest burns because you all are bad people. Just lay a pile of pretty shells at my feet and I’ll see if I can placate the Fire Demon.

Water: Oopsie, a flood. Well, wasn’t I the smart one for building that big boat. Did I mention the fare? All proceeds go to the Water God, of course.

The natural elements wreak havoc and a clever guy makes out like a bandit. As time marched on, the elementals took on different names and personalities. The shyster’s way of collecting for multiple personalities for those four basic elements. 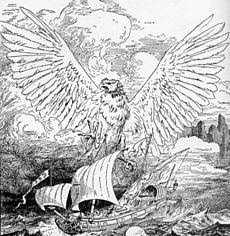