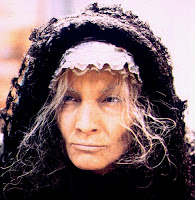 In Bad Spelling, Kat wants to leave Galdorheim Island to find her father's Siberian family. With no magic of her own, she needs help...lots of help. Yes, her best bud/bro Rune is always up for adventure, but she has to find a powerful witch to help her out.

She figures it can't hurt to ask Mordita. What's the worst that can happen? Well, maybe electrocution from a nasty door knocker or something crawling up her back.

Still, Kat is not deterred. She goes to the creepy, slimy, unlit shack where the Sorceress (the old lady prefers that title over Witch) Mordita resides.

Mordita knows all about Kat's slight, ahem, magic deficit disorder (MDD) and is happy to pull a fast one on Thordis. The two don't get along much. 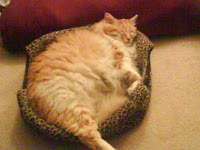 Mordita is a mystery. Why did she come to Galdorheim if she doesn't want to consort with the witches and warlocks? Maybe that mystery will be solved, but not in Bad Spelling. In the second book of the series, Midnight Oil, we discover Mordita's true identity--Ilmatar the air elemental spirit. Mordita takes the form of a giant white roc when she has to battle her jealous sister, Ajatar the forest elemental spirit. 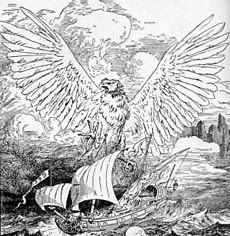