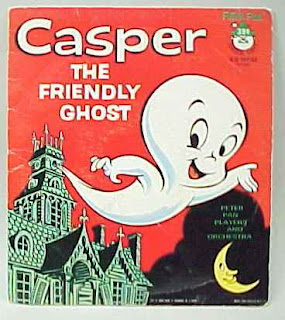 Ghosts fall into the area of legends. I asked friends if they had a ghost story where they actually felt the presence of or met the ghost in question. My good friend, Liz, sent me this one.
True: There's an old school house built around 1890 in Papillion, Nebraska where I grew up/went to high school. It still stands today and is known as "Hatchet House" to locals.
Story: The story goes (never verified) that way back in the early 1900's, there was a school teacher named Mary who couldn't have children of her own. Everyone in town knew she didn't quite have all her marbles, but she was harmless. Or so they thought. This was back when Omaha, Papillion, etc...were only farm houses and a main street here and there.
One winter, there was a surprise blizzard during the day while the kids were in school. This particular school house that year had 22 students of all ages, and Mary the school teacher. The blizzard was so bad they all got snowed in. They couldn't leave for days and no one could get to them for days. The boys would venture out just a few hundred yards for firewood for the woodburning stove, and they survived on what lunches the kids had brought for school that day.
At some point, Mary started to lose it, commanding all the kids to pray at first, finally scratching her own face up and beating the kids, screaming for no reason. Some think the claustrophobia got to her, others think she just went nuts. In any case, she took the wood hatchet out to the outhouse, called the children out one at a time, and hacked them to pieces. When she'd killed the last child, she posed their bodies and body parts around the desk, then curled up in a ball at the front of the room, which is where they found her.
True: "Hatchet House" still sits empty (as of the time I left Omaha, 2000). It's way out in what little is left of the farm country around Papillion.
Teenagers drive out there and get drunk in the house. Stories have been circulating since my Grandparents were teenagers that if you're in Hatchet House at night, you can hear the faint screams of the children, the sound of the hatchet chopping something, and Mary's sobs.
Friends and I stayed there overnight when I was 16 (on a dare). I awoke in the middle of the night to what I would swear was the sound of a child crying. That's all I experienced firsthand, though.
You can find Liz on Facebook if you want to be friends (do you dare!?)

Email ThisBlogThis!Share to TwitterShare to FacebookShare to Pinterest
Labels: Ghosts, Myths and Legends