It seems like the world has forgotten (or never heard of) SETARA'S GENIE. My fault. I failed to keep splashing it around the web as much as I should (could?). I know I get a little annoyed when I see the same promos over and over and over and...well, you get the idea.

But the splash technique must work as other books rack up reviews, pluses, Likes, TBRs, etc. To practice due diligence then, here's a bit about the MG/YA fantasy set in the mythical past world of the middle-east. Maybe I'm just lacking a fairy or elf for those who adore Eurocentric mythology. And I did neglect adding vampires and werewolves for those who enjoy the paranormal romances.

But I do have genies, demons, flying horses (both winged and non-winged), entombed viziers, dragons (not the St. George type), monsters, mermen, pirates, a Sultan, mountain raiders, and a real historical figure who did visit the middle-east while gaining his evil reputation.

So, dear readers, if you're ready for something a little different, I offer Setara's Genie for your consideration.

SETARA'S GENIE
A girl, a genie, a few demons. Would could go wrong?

Azhi Dahaka is a dragon demon who’s supposed to be dead, but comes back to life a little bit ticked off because his blood was used by the Great Vizier hundreds of years before to create a breed of fire-breathing, flying horses.

From the Encyclopedia Mythica (http://www.pantheon.org/) 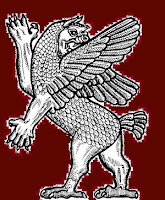