In Bad Spelling, Ardyth and Thordis are Kat's and Rune's only relatives on Galdorheim Island. Ardyth is their mother, and Thordis their aunt.

The sister witches are the most powerful on Galdorheim. Both are tall, Nordic blonds, but they couldn't be more unalike in personality. I'll talk more about Thordis in another post.

Ardyth acts a bit silly sometimes. She was a girly-girl in her younger days, a flirt, and aggressive in her pursuit of male companions. Kat's father was a wandering Siberian hunter named Boris who had the bad (or was it good?) luck to be marooned on the icy shores of Galdorheim. Ardyth immediately liked his looks, and proceeded to save him from the elements outside of the protective bubble over the witches' village. The pair hand-fasted and Ardyth was soon pregnant with Katrina. Before Kat was born, however, Boris was buried in the collapse of an ice cave in the glacier that covers most of Galdorheim. 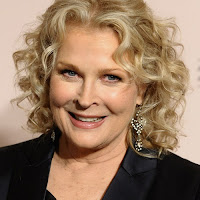 After that misfortune, Ardyth went off in search of another male parental unit. She found a likely warlock in the Carpathian Mountains who courted her and won her heart. Just as they were settling into a lovely relationship, Ardyth found that Drakos was not only a warlock, but had been turned vampire. She escaped with her life, and that of her son, Rune. Poor Rune must learn to deal with his vampire side while learning the warlock trade. And you thought you had a weird childhood!

I wanted a beautiful blonde to portray Ardyth and think she might look a bit like Candace Bergen. That's why the actress you most likely know from the Murphy Brown series was my model. Another reason for the choice is that Murphy had a child without bothering to marry the father. This made for the somewhat dense attack by Dan Quayle, then running as the VP with George H.W. Bush. Even back then, conservative family values went askew. Attacking a fictional TV character? Wow. Just wow.

Ardyth rummaged through a box on the floor and extracted a large chunk of Morganite beryl. “Ah, here it is. I haven’t used this in years.” She placed the pink, six-sided crystal on the table. She opened a crate standing near the worktable and rummaged through it. “Did you know the Druids used beryls for scrying? Morgan Le Fay learned how to use them from Merlin. He was a Druid, you know.” She pulled a white cloth from the crate and laid it flat on the bench, setting the beryl precisely in the center.

Ardyth lit two candles and placed one at each end of the table. “You don’t want the candles so close the flame reflects off the crystal.” She explained each step to her daughter, who hadn’t participated in a scrying before. Ardyth held her hands, palms facing inward, on each side of the crystal, close yet not touching. “There. Now, I can take a peek and see what reveals itself. Sometimes it’s stubborn and doesn’t want to cooperate.” Ardyth leaned closer and peered into the beryl. “The idea is to look into the center of the crystal, not the surface.”

Kat whispered, not wanting to distract from the rite, but eager to learn. “It’s so rough, how can you see—?”

“Shush,” Ardyth hissed, her eyes rolled back under her lids, revealing only the whites. It made Kat queasy when she tried to do the same.

Kat held her breath. Would she be able to see the vision, too?

“Are you giving it directions, Mom?”

“Of course. The witch directs the crystal; it does not lead the witch.”

After several minutes, Ardyth turned her gaze away from the crystal and looked at her daughter. “I didn’t see anything specific, except some people who looked like your father. I got a vibe that they’re family. It seems they live in the northern part of Siberia. Sort of east of Finland, but…wait, I’ll show you.” Ardyth murmured an incantation; then sketched in the air. As she moved her finger, a trail of light stayed suspended in the air, forming an outline.

"Why yes. We can almost see it from the front porch." Ardyth sketched some more lines, and the map filled in. The border of Finland appeared in the west, and a wavering line across the rest of the map sketched a vague outline of Siberia.


Kat frowned at the vast shape on the map. “That’s a pretty big area, Mom.”


“Wait. I’m not finished.” Ardyth drew some more lines. “We’re only interested in this part; that’s the West Siberian Plain.” Ardyth sketched an inlet at the top of the map. “Here’s a fjord, coming in from the Kara Sea.”

“Fjord? I thought they were only in Norway.”

“Not necessarily.” Ardyth pointed at Kat’s temple, the dictionary definition and a picture appeared in her mind: a long, narrow inlet with steep sides flowing into the sea; formed from glacier melt.

“Your father,” Ardyth said, pointing back to the floating map, “came from around there.”

Kat stared at the map and frowned, trying to recall her geography lessons.


Ardyth’s brow furrowed. “I also saw the word Sami. I’m not sure if it’s a name of a person or a place. I couldn’t find it on the map.” Kat frowned, and Ardyth touched her arm. “I know. It’s not much to go on. I’m sorry, but I can try again another time. Maybe when there’s less interference.” She glanced up at the roof of the cavern. “I think we’re having sunspots now.”

Ardyth removed everything from the table and stored it away. She returned to the stairwell and began the long ascent. Kat followed her silently, but her mind whirled with possibilities. Now she knew the general area her father came from, perhaps she could find his family. 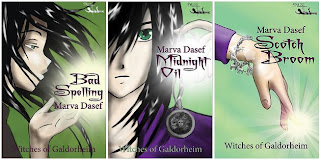