Witches of Galdorheim - The Fey

The only Witches of Galdorheim book with fairies or the fey is "Scotch Broom." I found some great Celtic fey characters to populate the pages of this homage to the Wizard of Oz. Oh, you didn't realize the book was about Oz? I know, I know. I'm so subtle people don't even notice I'm visible much less what themes I use to tell my tales. But if you didn't notice the tornado created by an old hag, Thordis and Ardyth following the Yellow Brick Road, or Cailleach casting a spell right out of the Wizard book...well, it's there if you choose to look. It's a great time to do so considering the BOGO deal going on right now at MuseItUp Publishing for my books. Link is at the bottom of the post.

Okay, so here are two of the fey characters in "Scotch Broom." I'll cover Cait Sidhe, another fey character tomorrow.

Researching Celtic mythology, I knew I wanted to use some of the lesser know magical creatures. I also decided that they needed to be “like” animals, but not quite. The reason for this is obvious to readers who’ve been following Kat’s story from the beginning. Kat’s magical ability is to talk with animals. She has greater or lesser success depending on the innate brain-power of a natural animal. For example, she chats along nicely with Salmon the Orca since a killer whale is the largest of the dolphins and are at the top of the IQ charts. I believe the ability to communicate to others shows greater intelligence. Sorry. Don’t want to offend any fish out there, but you guys just aren’t that bright. 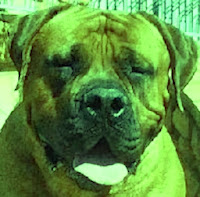 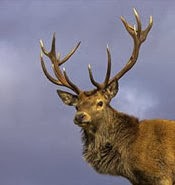