Interview with a Unicorn Known as Smith

Bryan Fields entertains us today with a recording of an interview with a unicorn featured in his novel, "Life with a Fire-Breathing Girlfriend." If that title doesn't pique your interest, may I suggest you check if you're still breathing. More on the book following the interview.

Thank you for taking the time to speak with us. Please introduce yourself and tell us about your background. Your name, where you’re from, what your childhood was like.

Why do you people keep asking my name? I’m the only one of my kind on your world. Call and I will hear you, rest assured. That point being made, Mr. Fraser chose to call me Smith. Among my kind, the concept which expresses my self-image is the squeaking made by river otter kits at play. I am not from a ‘where’, nor am I ‘from’ it. I carry the moment of primal causation within me. Nor did I have a childhood. In the first instant of my being, I was as I am now.

I do not like the word ‘Unicorn’; it lacks meaning. I am a Caretaker. It is my nature and the definition of my purpose. I do not defecate cookies, sparkling or otherwise, nor has any portion of my anatomy ever emitted a rainbow. If I come across a virgin maiden in the forest, I am no more likely to place my head in her lap than I am to tear her heart from her chest and eat it. I might infect her with a plague and send her to the nearest village if I needed to create an epidemic, but as a rule her existence would not be of any interest to me.

What are your day-to-day duties as a Caretaker?

The Tribe was created to maintain the order and control required for the correct operation of our world. We attend to the larger systems required for life to exist. The survival or well-being of individuals is not our concern. We do heal people and cure diseases, but only as a matter of keeping things running smoothly and stopping trouble before it starts.

In my time I’ve relocated a colony of beavers for interfering with water distribution over half a continent, administered fifty-one plagues or epidemics, managed the evolution and emergence of three distinct subspecies of the weasel family, and corrected the magma flow to an undersea volcano to allow creation of an island chain. If I may be said to hate anything, it would be entropy.

Why do you want to destroy Earth?

I do not wish to destroy your world at all; in fact, I promised Mr. Fraser I would leave at least a few thousand of you alive to rebuild your civilization. I find your world reasonably attractive, if a trifle monochromatic at times. I simply cannot get used to green grass. It’s a vulgar overuse of a fine color.
It shames me to say it, but the Tribe committed a spiritual error when we allowed the Humans to rebel against the Sky-Riders. Our passivity allowed a war to devastate both races and plunge our world into chaos. This miasma of error still clouds the minds of my brethren. They would not accept the truth when I confronted them with our failure. Their pride and willfulness has left me no option. I will rectify the error and restore my world to the path it was created to follow.

I will need to collect the life-energy of several billion people before I can restore my brethren to righteousness. At the same time, I must render this world unusable to the Sky-riders. A global nuclear exchange is an elegant solution to both problems.

Why do you hate humans so much? Bad breath, politics, inferior quality of virgin maidens?

I love Humans, just as I love Elves, Dwarves, Northern Grey midden rats, and pine ticks. I don’t love *you*, because you are not Human. The only true Humans are the Humans of my world. You are an alien species I was not created to value. Hate requires value, and you have none to me.

Your race does not have balance. You are erratic, and poorly designed. You have no limits or satisfaction boundaries. The Humans of my world are stable and predictable, as they should be.

My world has many sentient races, all required to co-exist despite the differences in culture, religion and biology. All of them have a specific purpose in the overall design. Humans were created to be an expendable labor force cared for by the more advanced races, with the bulk of these duties falling to the Sky-Riders. In addition to providing protection, the Sky-Riders were to be teachers and advisors to the Human settlements assigned to them. Humans and Dragons were intended to need each other, with the Sky-Riders gathering energy from Human adoration and using it to make their own reproductive process functional.

Sky-Riders can live over a thousand centuries, and reproduce perhaps once in a millennium if they are guarding a large town with very good energy output. Humans – proper Humans – know their place and are satisfied with it. They do not aspire, or innovate, or dream. It takes a village of them a millennia to generate the energy for a Dragoness to clutch once. That is balance and stability in design.

I do not know why the Humans chose to reject the Sky-Riders as teachers and defenders, but it scarcely matters now. On Earth, it takes only three years for a Dragoness to absorb enough energy to be able to reproduce, and she gets it from one of you. Not only that, her eggs will be stronger and more numerous than normal. The situation is not acceptable. It will be rectified.

Is there anything about Earth you do like, or will regret destroying?

Ice cream. Naked mole rats – the absurdity of their design lifts my spirits. Overnight package delivery. Fascinating process I would enjoy studying in depth. I also regret being unable to find out how your culture will progress. The sheer volume of changes your race has made to this world since learning to make fire is astounding. I would have enjoyed discovering if your species survived to maturity or if you will be remembered only as a self-correcting error.

You’ve mentioned yourself and your world being created. What can you tell us about your creator, or creators?

Nothing. Nor can I comment on your creator or creators. If you wish to know something, ask them yourself. Next question.

It’s just a question. There’s no need to be a dick about it. How about… Can you tell us how your world was created? Did it just spring into being, or was it produced through the gradual accumulation of matter, according to current models of astrophysics?
I said you would need to ask your creator such questions. Allow me to make introduction.

I will add one more piece of information to this interview: my people are omnivores, and I am ready for lunch. Take your equipment and go. I prefer lean meat, and you weigh at least one hundred pounds less than this fool.

LIFE WITH A FIRE-BREATHING GIRLFRIEND
If you can’t stand the heat, don’t tickle the Dragon. 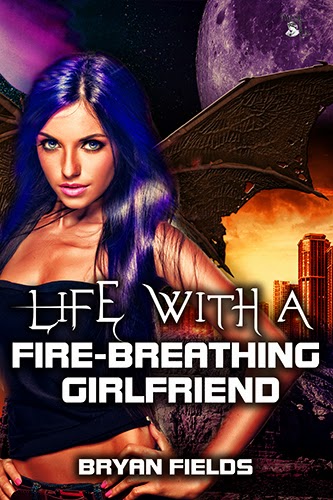 A lot of guys claim to have hot girlfriends. David Fraser has one who actually breathes fire.

Rose Drake is a Dragoness in Human form, come to Earth for three years to soak up the local energy and increase her chances of having happy, healthy, baby hatchlings when she goes home. In exchange for his time and energy, David’s body and love life both undergo extreme makeovers. It sounds like the deal of a lifetime.

Fate doesn’t let David and Rose off so easily. A friend of theirs is murdered, their homeowner’s association starts harassing them, and they have to complete a quest for an Elven sage in order to stop a genocidal Unicorn from turning Earth into a radioactive wasteland.

After all, when you’re dating a Dragon, you’re already a hero. It says so in the fine print. 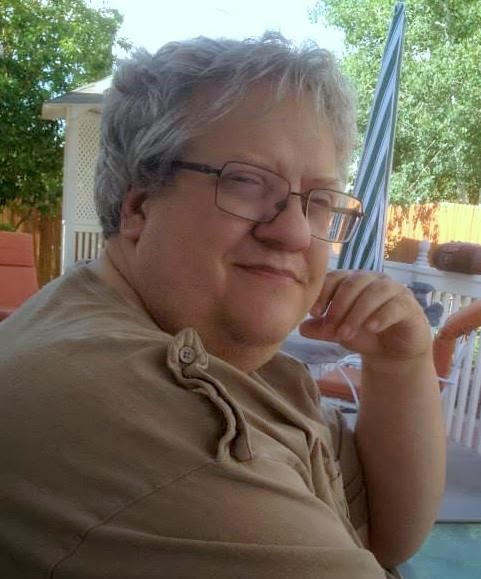 Bio: By day, I’m a mild-mannered IT tech; by night, a writer who spends too much time in online games.  I grew up reading classical authors such as Verne, Burroughs, Wells, Haggard, and Lovecraft, often in conjunction with large doses of Monty Python, Wild Wild West, and Hee-Haw.  My current influences include Doctor Who, Girl Genius, and An Idiot Abroad.


I began writing professionally as a member of the content design team for the MMORPG Istaria: Chronicles of the Gifted.  My first published short stories appeared in the anthologies The Mystical Cat and Gears and Levers III in 2012.

I live in Denver with my wife Noelle and daughter Alissa.  The three of us can often be found prowling around Istaria, Wizard City, and the wilds of Azeroth.  I also make occasional side jaunts to scavenge bits of ancient technology in the radioactive ruins of the Grand Canyon Province.

Learn more about me by following my FB page: https://www.facebook.com/BryanFieldsAuthor or my blog: http://laughingotterslair.blogspot.com/