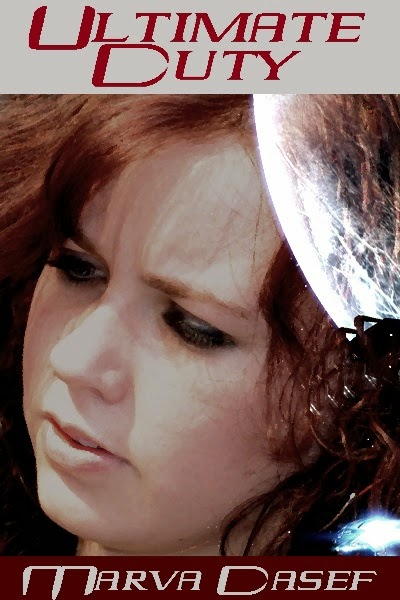 Yes, they do. But mostly only in fantasy and science fiction. When I wrote a redheaded heroine in my books "First Duty" and "Ultimate Duty," I used as my model a real-life person I had known years ago. She was a natural redhead, close to 6' tall (and more in her Frye boots), and she kicked every single ass while barely moving a muscle.

I hung out with Dawn a few years of my college life. Her brother was a temporary boyfriend of mine (also a redhead and quite tall). When that relationship ended, I kept his sister. One excellent reason for doing so beyond her being a funny and witty woman, was her ability to attract men. They flocked to her, growling at each other like the wolves they thought themselves to be. Dawn would laugh.

She flat out told me she could get any guy (who was looking for a hook up, and some that weren't) just by standing up in a room. As that magnificent mane of red hair rose above the crowd, it was as if somebody threw a bucket of chum in the ocean. The sharks circled for a few moments then moved in for the kill.

Dawn would laugh. Place her ringed index finger gently on the chest of the closest and give the guy a tiny push. She had just kicked his ass...big time.

I miss Dawn. She went off to Alaska, then on to places unknown. She's still out there and, even at our age, she's probably still kicking ass even with a few gray hairs peeking through the red.

When I released "Ultimate Duty" after it ran for more than three years under the Eternal Press banner, I found another kick-ass redhead to adorn the cover. She looks a lot like Dawn. Dawn would laugh.

In honor of my friend Dawn, wherever she may be, I've lowered the price on Ultimate Duty from $3.99 to $2.99 on Amazon and Smashwords.