Review - Letters from the Front Lines 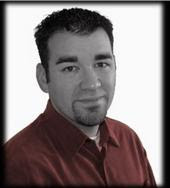 Letters from the Front Lines is a compilation of war letters, e-mails, and blogs from soldiers, sailors, marines, and even one civilian mom. Although there are other letter-type books, this one is valuable because each chapter is comprised of one person’s letters from one person’s perspective of the war and the events that play out in a combat zone. The book is neither pro nor anti-war; it’s simply what it is.

In fairness, I should say that my letters make up Chapter 3. I won’t review my own chapter and as far as I know, none of the contributors will receive any financial returns from the book. Yes, I do hold a bias; however, I wanted to share my thoughts on the impact of the other contributors and the book as a whole.

Letters from the Front Lines is a valuable read for anybody trying to understand war from the perspective of those who fight it. Letters come from low-ranking enlisted and high-ranking brass alike. E-mails and blogs start early in the war on terror and span well past the first Iraq election. Some letters cover detailed political thoughts while others talk about the food and dust storms. Many letters carry a hint of missing life back home, but all understand the importance of service and duty. Not every author is for the war. These un-edited letters share the raw emotion found in war, even if they don’t share the war itself.

Many different perspectives are shared. Brian Baldrate writes about the same time I was there. He had little hesitation sharing things that may have scared his family back home. I, on the other hand, found it far easier to write about non-war items to let my family know I was safe but not frighten them at the same time. Officer write about the larger perspectives of war while the enlisted, those in the trenches, talk about duty.

I loved most of this book because a war fighter myself, I could relate to the emotion shared in Letters from the Front Lines. People ask me about war. My recommendation is that they read this book.