Animal Andy - A Visit from His Zoo Friends 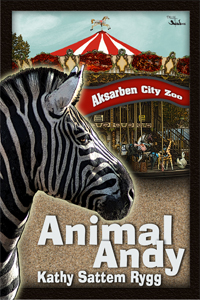 
Ten-year-old Andy Ohman is spending his summer working at the Aksarben City Zoo where his dad is curator. There are rumors that the city might close the zoo due to budget cuts. An anonymous donor has given the zoo an antique animal carousel, and Andy’s dad is hopeful it will help boost attendance. Andy’s doubtful that an old kiddie ride will make a difference. He doesn’t see what’s so special about it. But when he takes it for a spin, he unlocks the magic that will help save the zoo.

Andy and some of his “friends” are here today to tell you about their adventures at Aksarben City Zoo. Welcome, Andy, Philippe, and Napoleon.

Andy: Thanks! My dad has been a zoo keeper forever. The last couple of summers he’d bring me to work with him and I’d get to ride around and watch him take care of the animals. He taught me a lot, and it was really cool spending all that time with him.

Then over the winter he got promoted to curator, which means he’s not as hands-on with the animals. Now he has lots of meetings and paperwork and stuff to do. I still get to be at the zoo this summer, but I don’t get to work with my dad. Instead, I have to clean out the hoofstock barn and wash windows in the giraffe exhibit. It’s still fun, but I miss working with him.

What can you tell us about the rumors that the city might close the zoo?

Andy: My dad said the city has to make budget cuts, and since our zoo is small, the city is considering closing it. My dad is doing everything he can to make sure that won’t happen. That’s why he was so excited when someone donated the old carousel to the zoo. He thought it’d bring in more visitors.

Napoleon: If your dad wanted to beef up attendance, he should have just talked to me. The boys and I could have put on a real show. For extra food, of course.

Philippe: I think you hairy apes have done quite enough. Instead of helping the zoo, you gave Andy’s poor dad extra work with your escape antics. If you ask me…

Napoleon: Nobody asked you, bird brain.

Philippe: Well, if it hadn’t been for me, Andy might not have survived his first ride on the carousel.

Andy: The carousel is called the Magical Menagerie, and it’s definitely magical! I found that out the first time I snuck on and rode it by myself. One minute I’m sitting on the carousel’s zebra, and the next thing I know I had actually become a zebra! It totally freaked me out!

That’s unbelievable! What did you do?

Andy: Luckily, the zoo’s peacocks are allowed to wander around, and Philippe here saw me right away and helped me stay undercover in the zebra pen. But then Mr. George, the hoofstock supervisor came by, so I hid out in the hoofstock barn and accidentally fell asleep. Mr. George found me in there, but I had turned back into a person before he saw me. That’s part of the carousel’s magic—it decides when to turn you into an animal and when to turn you back.

Napoleon: Man, I love magic tricks. I’d give anything to take a ride on that carousel. Except food. I wouldn’t trade my food for it.

Philippe: The carousel wouldn’t work on you, Napoleon. You’re already an animal for goodness sakes.

How does the carousel’s magic work?

Andy: The guy who donated the carousel tried explaining it to me. His name is Zeb. He said the carousel has been around for a really long time. It senses when a zoo and its animals are in trouble and waits for the right person to come along who can help. I guess I’m that person.

How did you help the zoo?

Andy: Every time one of the animals needed help, I rode the carousel and turned into that animal. That way, I could talk to them and find out what was wrong. It’s so cool being an animal.

Philippe and Napoleon: (Both nod in agreement).

Andy: (laughs). Hey, that’s the first time you two have ever agreed on anything! But being an animal got me into a lot of trouble, too. Especially with my dad. And it’s not like I could tell him what was really going on. He’d never believe me. It was bad enough when one of my friends saw me as a cheetah. After that, I swore I was never going to ride the carousel again, but then something awful happened at the zoo.

Andy: One of the elephants attacked its keeper, and she got hurt really bad. It didn’t make any sense. Raj, the elephant, would never hurt anybody.

Napoleon: Raj is good people. I holler over to him all the time from the top of the tree in my outdoor lounge. He gives me a trunk-up in return.

Andy: I had to find out the truth, but when I went to ride the carousel, its magic was gone. Zeb said I had to use my human instincts to figure out what happened. If I didn’t, the city would close the zoo for sure.

Philippe: SQUAWK! Pardon me, the thought is just so upsetting.
Who do you think will like to read ANIMAL ANDY?

Andy: Kathy Rygg, the author, wrote it for kids ages 6-10, but anyone who loves animals and likes stories with some magic in it will enjoy it. All of the books she writes are magical realism, which makes them a lot of fun.

Where can readers find ANIMAL ANDY?

The ebook is published by Muse It Up Publishing and is available online at the Muse Bookstore. A print version is available on Amazon. Here’s a neat video trailer for it, too.

Kathy Rygg has a children’s chapter book that is also available both as an ebook and in print on Amazon called TALL TALES WITH MR. K and it’s about a magical teacher who takes his students on fun adventures in the one place they least expect—the teacher’s lounge. 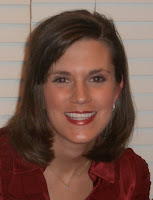 Kathy Sattem Rygg is an author, freelance writer, and editor. She earned a degree in magazine journalism from Iowa State University and has worked in corporate marketing for several Fortune 500 companies. Additionally, she worked at the McGraw-Hill Companies’ Business Publications Division in New York City and was the Editor in Chief of Women’s Edition magazine in Denver, CO. She is currently the Editor in Chief of the children’s online magazine knowonder! and lives in Omaha, NE., with her husband and two children.

A huge, circular carousel with gold-framed mirrors around the top filled the grounds between the petting corral and the picnic area. Red and white painted stripes colored its pointed canopy above the mirrors. Small, clear light bulbs covered the carousel’s ceiling. Long, brass poles placed in the wooden floor were attached to large animal figures. But not just horses. Each pole was attached to a different zoo animal. Curvy, gold lettering painted in between the mirrors read Magical Menagerie.

Andy slid between the short barricades surrounding the carousel to get a closer look. Other than a few areas of chipped paint, the animals looked brand new. He thought his dad had said it was really old.

Andy jerked. He hadn’t heard anyone come up behind him. A gray-haired man with tiny, round glasses perched on the bridge of his nose appeared next to him.

“Yeah, I guess. I’ve never seen one with gorillas and rhinos on it though.”

"It's called a menagerie carousel because it has more than just horses. It's also why I thought it belonged in a zoo." The man stared at the carousel.

“You donated it?” Andy turned toward him.

“Indeed. The name’s Zeb." He bowed his head. "My family owned a zoo in Europe, and this carousel was a part of it. When I was about your age we moved to America. The carousel has been stored in an outbuilding at our family farm all these years, and I thought it was time to bring it out. The animals were getting restless.” He winked.

“Are you sure it still works?” Andy said, spotting a broken light bulb.

“Why did you give it to this zoo?” Andy thought it seemed more like something one of the larger zoos would have.

“Because I think your zoo really needs it.” Zeb started walking away. “Make sure you take it for a spin when you get the chance. The zebra’s nice and smooth.”

Andy glanced at the frozen zebra in front of him. He turned to ask Zeb another question, but he was gone, as if vanished into thin air. Goosebumps prickled Andy’s arms. He rubbed them away and turned back toward the carousel.

He stepped up onto its worn, wooden platform and walked around the edge. As he passed each animal, he ran his hand over its glossy back. Their saddles were smooth and firm, like the old-fashioned rocking horse at his grandparent's house.

Pausing in front of the zebra, he placed one hand on the brass pole that ran up through the black mane on its neck. He admired the painted bright blue and green saddle. Making sure no one was around, he placed one foot in the stirrup and threw his leg over the other side. The curved seat was a perfect fit. Maybe Benny was right. The carousel didn’t seem so bad.

Andy relaxed in the saddle when, all of the sudden, every light bulb in the ceiling blinked to life. Blaring carnival music spilled from hidden speakers. The platform began to turn, and his body rose upward. He tried placing his foot in the stirrup to get down, but it was like his arms and legs were glued in place.

Confused, he glanced around. Had Zeb turned it on? He didn’t see anyone. The carousel picked up speed. Fear rose inside him as the zebra rotated up and down on the center pole.

Everything blurred as he continued to spin, so he focused on the zebra’s black stripes. When that didn’t help, he closed his eyes. The tighter he squeezed them, the less his stomach churned.

The carousel slowed down and came to a complete stop. The carnival music shut off, leaving an abrupt silence. Andy exhaled and opened his eyes. The whirling in his head faded. Then he heard a fast, high-pitched braying sound, like a donkey. Had it come from the nearby petting corral? The zoo didn’t have a donkey. The sound came again.

He was horrified to realize this time it sounded like it came from his own mouth!