When a book is produced in audio format, a single narrator plays all the parts. That means, the narrator has to have some acting talent to pull off several roles. The narrator for "Missing, Assumed Dead," Lisa Baarns, got to play the main character, the main character's boyfriend, an insane teenager, and a few old men. Not an easy job by any means. Here's a bit about one of the characters in the book and a sound bite of how he sounds in the audio version. 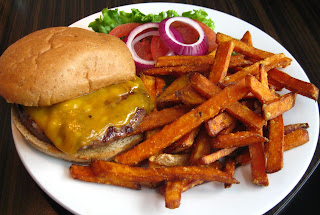 Ray Johnson owns the Jack and Jill Diner in the little town of Rosewood, OR. He had been a good friend of Salvadore Vasco, a Basque shepherd, until Vasco disappeared. Ray knew Salvadore couldn't just get lost; the old man knew all too well the rocky hills leading toward the Steen Mountains.

When Kam McBride is named Salvadore's executor after seven years he'd been missing, one of the first people she meets in Rosewood is Ray. After all, she was hungry after being lost in the high desert country and that cute Deputy Mitch invited her for a bite to eat.

Ray's a crusty old guy who stays in Rosewood because his wife is buried there, and he wants to stay near her. That, and he's got the only place to eat in the tiny town. Bev scoffs at Ray's cooking ability, but just about everybody else in the area eats at the Jack and Jill's regularly.

Audio Excerpt
Click for the audio presentation of a scene between Kam and Ray. Add a comment to this blog to receive a coupon for a free copy of this book on audible.com or a free ebook.