I Got Nothin' But a Camel

So I will do a re-run. I kind of enjoyed writing about THE CAMEL, an extremely minor character in the book, "Setara's Genie." 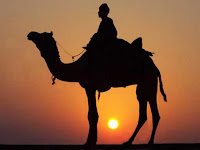 In one scene, Setara is attempting to learn to ride a camel. She doesn't see the purpose since she had a perfectly wonderful horse, Nasreen.

We looking in from the outside know something Setara doesn't. A tradition of the Sultan of Semidor (the area in which Setara lives) sayst young girls coming to a marriageable age (sixteen) ride into the city on the back of a pure white camel. 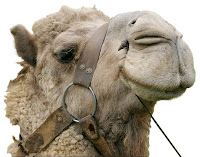 “I won’t be going until next week, so I have plenty of time to learn how to ride later...much later.”

Dukak ignored her statement once more. He looked at the camel’s saddle, rubbing his chin in thought. “Perhaps I could modify a horse saddle to fit. It requires a much longer girth and padding to protect the camel’s back.”

“How about some padding to protect my...back?”

Dukak didn’t bother answering since he was busy measuring the camel for a new saddle.

Setara limped away in a dark mood. It was stupid to go through all this just for a ten-minute trip through the city streets. She didn’t want to meet the boring old Sultan of Semidor anyway. Setara sighed. She did look forward to seeing Hasib, the sultan’s flying horse, again, but she had no interest in the sultan...or his son. When she thought of Hasib, it reminded her of their grand adventure the last time they met. Fighting pirates and rescuing Hasib’s mate, Habiba. Setara thought fondly of the good times.

Setara's Genie is available in ebook and print formats on Amazon. 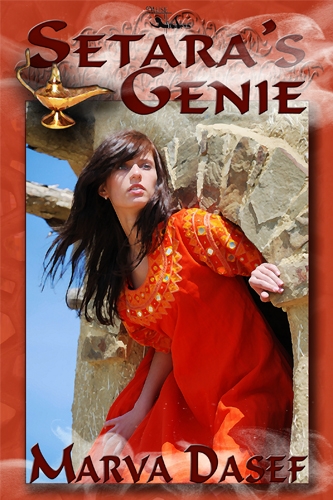