The Fickleness of Gods 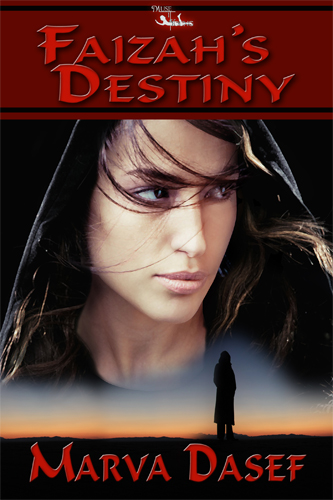 The heroes are often the mighty warrior types: Hercules, Gilgamesh, Samson. Since I’ve written this book for kids, my heroes are teenagers, not at all like the legends (but they might become legendary themselves). They’re not in already in the mythology, so you’ll just have to read "Faizah's Destiny" to find out about them. Available in print and ebook at Amazon.

THIS IS A GIVEAWAY. WRITE A COMMENT TO WIN A FREE EBOOK.

As usual, the "real" info is from the Encyclopedia Mythica.


In Persian belief, Ahura Mazdah ("Lord Wisdom") was the supreme god, he who created the heavens and the Earth, and another son of Zurvan. Atar, his son, battled Azhi Dahaka, the great dragon of the sky (note that Azhi shows up in "Setara's Genie"), and bound it in chains on a high mountain. The dragon was, however, destined to escape and destroy a third of mankind at the final reckoning, before it was slain. Ahura Mazdah was the god of prophetic revelation, and bore both Ahriman and Ormazd.

The ancient Persian water goddess, fertility goddess, and patroness of women, as well as a goddess of war. Her name means "the immaculate one". She is portrayed as a virgin, dressed in a golden cloak, and wearing a diamond tiara (sometimes also carrying a water pitcher). The dove and the peacock are her sacred animals.

Anahita was very popular and is one of the forms of the 'Great Goddess' which appears in many ancient eastern religions (such as the Syrian/Phoenician goddess Anath). She is associated with rivers and lakes, as the waters of birth. Anahita is sometimes regarded as the consort of Mithra.

I use Ahura more or less as described in the mythology site. Because he was the leader of the Amesha Spentas (the good guys), I decided to portray him like Zeus or Thor, just another god amused at the foibles of humankind, but rarely steps into the action. He is also equated with Mithra, so I have him married to Anahita. Ahura shows up in only one chapter ("Demons and Deities") and he chats with Anahita about the progress of the heroes. He claims to have set up the whole situation (just like a man).

“Why...what...why have you appeared to me, Goddess?” Faizah stammered, her voice trembling.
“My husband has listened to your thoughts, Faizah. Ahura favors your purpose. He sent Menog to guide you through the cavern.”

“I have read that Pazuzu can kill,” Faizah ventured, “yet the boys only have a cough. Did you do that, too?”
“No. That was your doing. Pazuzu can indeed kill. The medicine you made is what saved the boys. There is magic in you, Faizah, which is stronger than you know.” Anahita looked over Faizah’s shoulder at their little camp then back at Faizah. Her smile vanished, and her face became serious.

Faizah trembled at the thought that a goddess would depend on her for anything. “Who opposes us?”

“Dev, for one. He relishes the darkness. Darkness begets ignorance, and ignorance begets folly.”

“Dev?” A cold chill ran down Faizah’s back. “The god of war? He is against us? Master Wafai said Dev plots the final war that will destroy the world!”

“This is true. Now you see why it is so important that you succeed in your task.”

Faizah took a deep breath. This was serious. “What else can you tell me? Will we have to face Dev? We’re not heroes. We’re kids. How can we fight a god?” Faizah chewed her lower lip with anxiety.

“I doubt Dev will oppose you directly; he would think that beneath him. Instead, he will send his minions to do his bidding. You must be ever watchful, Faizah, for you cannot know what form they will take. It could be an animal, a human, even a demon sent to turn your friends away from you.”

Anahita’s words did nothing to ease Faizah’s mind. A demon! What could they do against a demon?