My OTHER Books - Quest for the Simurgh 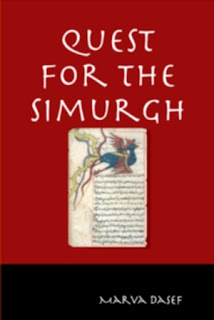 Another of my neglected books is "Quest for the Simurgh."

I like the cover picture which comes from an old Arabic text on animals. The bird? Yes, that's a simurgh. The red is also a very nice color for a Christmas present. The reading level is 5th-8th grades.

The book is available in print and ebook on Amazon.

Kindle Edition is only 99 cents.

The adventurers--a farmer’s daughter, a slave, an orphan and, a rich merchant’s son--although divided by Dev, the evil god of war, must band together to find the Simurgh, rescue their teacher, and stave off Armageddon.

Email ThisBlogThis!Share to TwitterShare to FacebookShare to Pinterest
Labels: Quest for the Simurgh