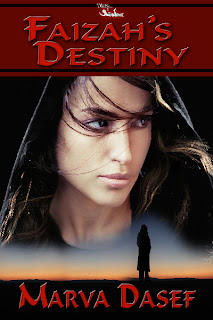 
*** Write a comment on any of the posts (including this one)
to enter to win a free copy of Faizah's Destiny.***