The six revised ebooks are now available at B&N. I'm in the process of putting the books up on Kobo, which will also be EPUBs. At Kobo, I'll be able to make the books available for free every one in awhile. I'll let everybody know when. PDFs will also be available soon. Most likely, I'll use that format for giveaways, but directly from me. Here are the links at B&N: 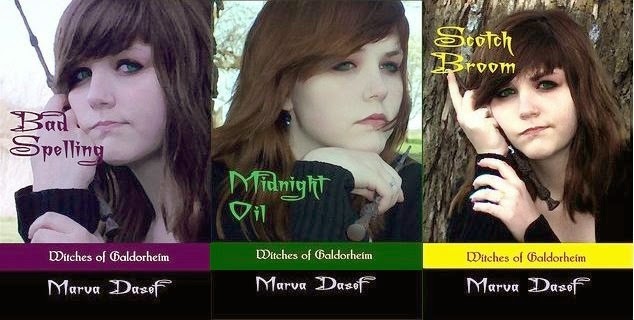 The Witches of Galdorheim series. Follow the adventures of young witch, Katrina Galdorheim, as she learns to control her magical powers while battling evil in the form of an insane shaman, an evil forest elemental, and a has-been Scottish goddess.

Missing, Assumed Dead (also is available in audio book format). Kameron McBride is puzzled when she finds she's the sole heir of a poor Basque sheepherder. This mystery takes her to eastern Oregon where she runs into a lot of people who don't want her to find out just how the man went missing.

My middle-eastern mythology based stories. Fun with genies, flying horses, merfolk, vampires, and other fun stuff.

Setara's Genie: A girl, a genie, a few demons. What happens when a bored rich girl finds herself a genie? She finds adventure, excitement, and some very strange friends.

Faizah's Destiny:  The village magician has gone missing. His students search for him, but are caught up in a war between the forces of light and dark. The magician's best student, Faizah, is chosen by Anahita, the goddess of light, to lead the humans into battle on the side of good. Can a simple farm girl stave off Armageddon?

Email ThisBlogThis!Share to TwitterShare to FacebookShare to Pinterest
Labels: Ebooks