Check out my interview on the Apex site at: http://apexreviews.net/Take_5_-_Marva_Dasef.html

All about "Missing, Assumed Dead." 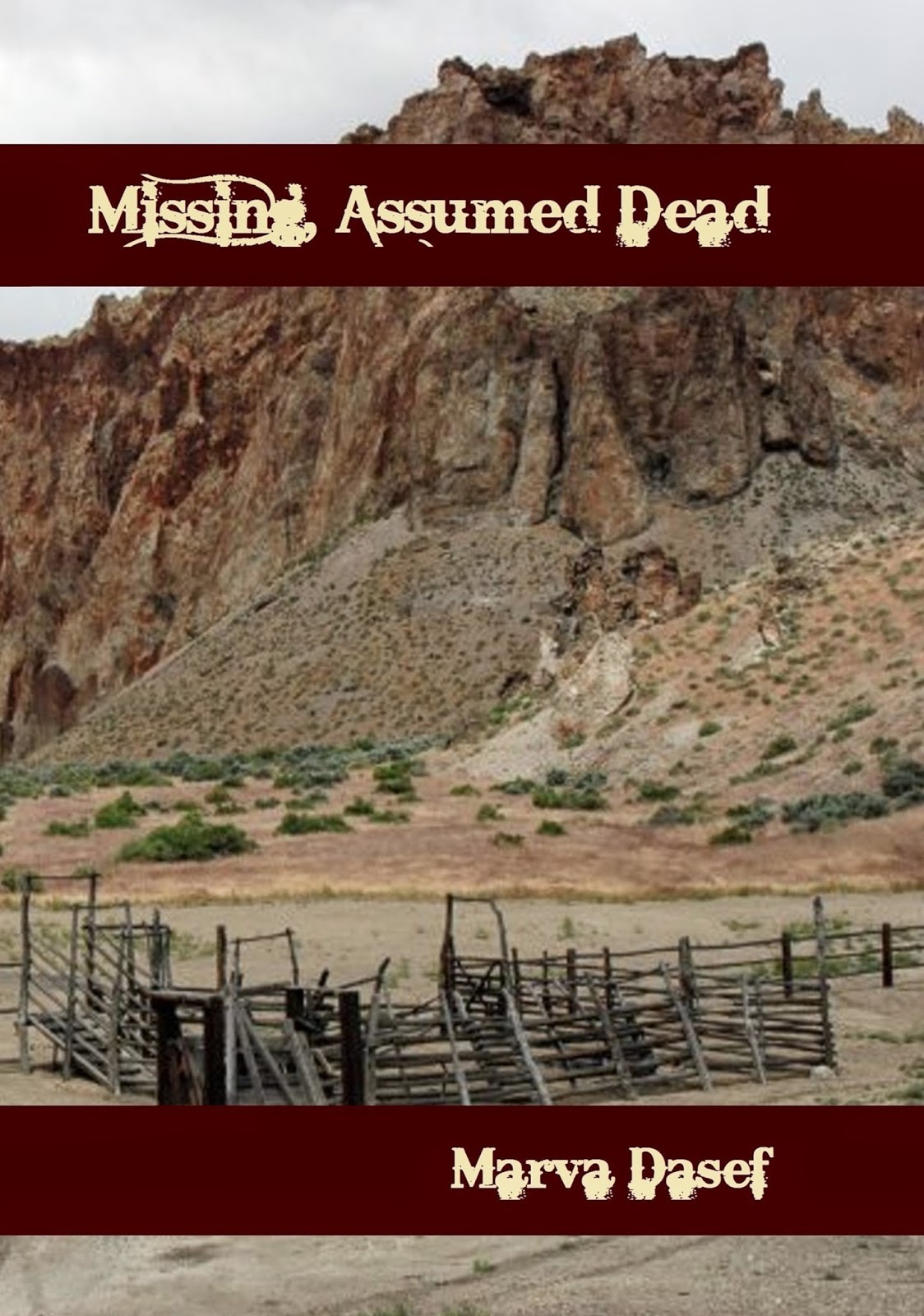 Prejudice, murder, insanity, suicide: Every small town has its secrets. When Kameron McBride receives notice she’s the last living relative of a missing man she’s never even heard of, the last thing she wants to do is head to some half-baked Oregon town to settle his affairs. But since she’s the only one available, she grudgingly agrees. En route, she runs afoul of a couple of hillbillies and their pickup in an accident that doesn’t seem...accidental. Especially when they keep showing up wherever she goes. Lucky for her, gorgeous Deputy Mitch Caldwell lends her a hand, among other things. Her suspicions increase when the probate Judge tries a little too hard to buy the dead man’s worthless property. Working on a hunch and trying to avoid the Judge’s henchmen, Kam probes deeper into the town’s secrets and finds almost no one she can trust. With Mitch’s help, she peels away the layers of prejudice, suicide, murder, and insanity. But someone in town doesn’t like her poking around, and when they show their intentions by shooting her through the police chief’s office window, the stakes are raised. Kam must find out what really happened to her dead relative before someone in this backward little town sends her to join him. And she thought Oregon was going to be boring.