It's all about the blood.

I'm done writing the fifth book in the Witches of Galdorheim series. Maybe it's the 4th, since one of the volumes--a prequel short story--is outside the activities of the other three books. This one is Rune's book. It's what happened to Rune at the end of "Scotch Broom." You might not know who Rune is either, so I'll first introduce him a bit, then talk about the characters you'll have the opportunity to meet in this final book: BLOOD TIES TESTED. If anybody wants to read it, let me know. 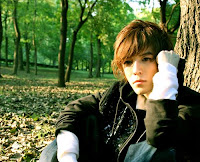 Rune: Half vampire and half warlock, Rune has adventured with his sister, Katrina in the first three books  of the Galdorheim series. With his double-dip of magic from both his mother and father, Rune is bound to be the most powerful warlock to come out of Galdorheim. First, though, he has to learn how to control his vampiric urges. This is an on-going battle for him throughout the series. In the third book of the series, he is forced to use his vampire's bite to save himself and his sister from the evil winter goddess, Cailleach. After that battle, he returns home distraught and suffering from PTSD. 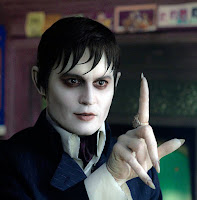 Drakos: Rune's father. Drakos was a human warlock when turned into a vampire. Because he has strong magical skills, he is able to moderate his vampiristic tendencies. He does like to play the part, however. Living in a chalet in the High Tatras Mountains of Slovakia (not every vampire lives in Transylvania in a dank castle) with a few other vampires, he ensures the surrounding villages are safe from his companions.

When first turned, however, he didn't have proper control. He attacked Rune's mother intent on taking her blood while they engaged in a bit of hanky-panky. Ardyth, a powerful witch, nipped that in the bud (so to speak) and returned home carrying Drakos' child, Rune.

Helsing and Liebchen: Helsing is a distant relative of the famous Van Helsing who took on Dracula in Bram Stoker's seminal work. He isn't the brightest bulb on the tree, but desperately wants to make a name for himself as a vampire hunter to follow in his ancestor's footsteps. 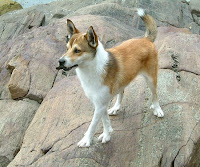 He does have a secret weapon at his disposal: Liebchen the Lundehund. The Norwegian Lundehunds have six toes on each foot that allow them to climb on vertical cliffs and their neck joints enable them to bend their head backward over their shoulders so that their forehead touches its back.

The hound can also close their ear canals at will (to protect them against dirt and moisture) and are able to bend their head 180 degrees backwards over their shoulders. Their fore-shoulder joints are extremely flexible and empower both front legs to be stretched straight out to both sides, for greater ease in swimming and maneuvering in the narrow crevices in Norwegian seaside cliffs where their avian prey lives.

The dog, for all its traits and talents, has a flaw of its digestive tract which requires an almost 100% protein diet. Thus sensitized to detect protein sources, the Lundehund is ideal for seeking out creatures which also require high protein foods, such as vampires. Blood calories are almost all protein. It does contain a high salt and iron content, which might be detrimental to humans, but vampire and Lundehund physiology can counteract the potential poisons.

Biel the Mahr: The Mahr are a race of giant vampire moths that dwell in the Carpathian Mountains. When a person was bitten by one of the Mahr, the creature would host the body of that person. A Mahr can be killed, and thus returning the soul to the original owner, by driving a wooden stake through its heart, or by finding its lair and exposing it to daylight. In Poland, they are called Mora and in Bulgaria Morava. The Mahr needs substantial quantities of blood to survive cocooning for several years.

Early on in the book-which-will-not-be, Rune and Drakos must fight off a Mahr named Biel. Not usually enemies, Biel is upset because Drakos has banned blood-taking in the area enforcing the rules via his control of a variety of folkloric creatures which were to be determined if the book had been written.

The Witches of Galdorheim series is available in ebook, print, and audio formats. Look for them on Amazon, B&N, Kobo, Smashwords, iTunes, and on pirate sites all over the internet.