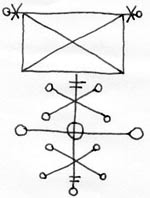 Bad Spelling (Book 1 of the Witches of Galdorheim)
A klutzy witch, a shaman's curse, a quest to save her family. Can Kat find her magic in time?
Smashwords (all ebook formats - #FREE)

Midnight Oil (Book 2)
Shipwrecked on a legendary island, how can a witch rescue her boyfriend if she can’t even phone home?
Smashwords (all ebook formats 99 cents using code RAE50)

Scotch Broom (Book 3)
A magical trip to Stonehenge lands a witch in the Otherworld where an ancient goddess is up to no good.
Smashwords (all ebook formats 99 cents using code RAE50)

Spellslinger - A Witches of Galdorheim Short Story
What does a teenage half-warlock, half-vampire do to have fun? Why build an old west town on a glacier in the Arctic.
Smashwords (all ebook formats - #FREE)

Email ThisBlogThis!Share to TwitterShare to FacebookShare to Pinterest
Labels: Read an Ebook Week