Rune Tells His Side 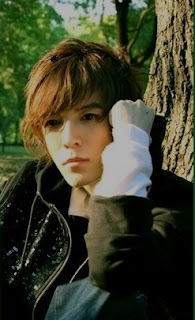 Here’s the deal. I work like a mule to tamp my vamp, then mom wants me to go off to visit dear old dad. Okay, okay. He didn’t know I existed until mom stopped by Transylvania (Isn’t that so fifty years ago. C’mon, move to someplace fun, already.) What was I saying? Oh, yeah. Mom went off to tell him he had a son. She says he’s happy about it and wants me to visit for some quality parenting time. Yeah, is there a Big Vamp/Little Vamp picnic? Think of the cool games. Three-legged race with one of the legs belonging to a dead man. Pin the fang on the peasant...literally. Instead of a pie-eating contest, how about a blood sucking contest?

I think it’s a rotten idea, but mom is forcing me to go. Luckily, she’s sending me on my own, so I can make a run for it. Since my sis is headed to Scotland, I think I’ll go there instead. She always needs my help. I swear she can hardly tie her tennies by herself. I admit when I kind of hinted to her I’d like to go along, she had a snit fit. Said I was trying to horn in on her Winter Abroad. She needed to do it on her own. Yada yada yada.

Well, she can’t stop me from going to Scotland if I wanna. After all, the trolls have that totally rad trollercoaster that goes from Norway to the Shetland Islands. I guess it goes under the sea bed, or maybe it’s just troll magic. In any case, I get to the train station in Thurso (I stole a copy of Kat’s itinerary). She walks on the platform and went ballistic. I’m pretty sure if a train was coming, she would have pushed me on the tracks.

She flounces off, so to heck with her I think. I’ll just go to England without her. Sadly, I was hoping to get some cash from Kat for the ticket. Never mind, though. I’ve got skills to earn some money. Street magic like that David Blaine guy does. I would like to know how he does the levitation trick. I can do it with magic, but...well, that’s off topic. Anyhow, I find myself playing darts for money with the Scottish Highlands darts champion. He didn’t have a prayer. Here’s what happened. You’ll have to read the book to find out what happens next. 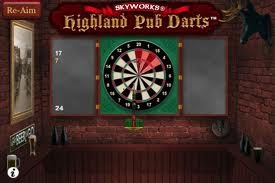 Rune walked up to the bar and stood waiting for the barkeep to notice him. He didn’t want to risk being pushy. They might just throw him out. He decided to be polite and pleasant.

The barkeep placed himself in front of Rune. The stocky man wore a white apron tied around his considerable paunch. Although the top of his head was as bald and shiny as a billiard ball, he had a thick red beard. He scratched his bushy sideburn and stared at Rune with narrowed eyes. “Need to see some I.D., lad.”

Rune opened his mouth, and then closed it. What was I.D.? “Excuse me?”

“Proof of age, sonny. Ye dinnae look to be twinty-ane.”

“Twinty—? Oh, identification! Right.” Rune stuck his hand in his jacket pocket and whispered a quick spell, while pretending to search. A plastic folder popped into his hand, and he drew it out. He knew witches and warlocks spending time on the mainland took various types of documents with them for identification. He’d seen a few in the Council Hall in Aunt Thordis’ office. The only one he could recall clearly was a passport, so he spelled up one of those.

The bartender flipped open the passport and examined it, looked at Rune, then back at the passport photo. “Where be this Grand Duchy of Fenwick?”

“Oh, you know. It’s one of those tiny countries nobody knows about. Like San Marino or Lichtenstein.”The bartender stared at him for another long moment, and Rune wondered if he’d gone too far on the passport. “It’s in the Alps,” Rune supplied helpfully.

The bartender just shook his head. “Ne’er heard of it.” Rune shrugged.

Finally, the barkeep said, “Ye still dinnae look to be twinty-ane.” He handed the passport back. “Whit are ye wantin?”

Rune looked around the room, wondering if a close-up magic act might garner some cash. At the back of the pub, several men were playing darts. He picked up his pint and wandered back to watch. The players appeared to be a team since they wore matching plaid shirts. Rune thought he might pick up some spare change playing against them. He figured they’d think him an easy mark, so he stepped forward.

One man looked him up and down. “Air ye twinty-ane?”

“Oh, I agree. I play with my buddies, sometimes for cash. Interested?” Rune took a swig of ale, made a face, and set the glass on a table. Ugh, the trolls make better ale than this!

The player, who seemed to be the spokesman for the group, looked at his buddies. They all grinned. The brawny Scotsman folded his muscular arms across his chest. He looked Rune up and down. Rune put on a lopsided grin, trying to look like a dumb kid.

“Oh, I’ve not got much at the moment. How about a couple pounds per game to start? When I’m up some, we can raise the stakes.”

“Not at all, Barry. Pleased to meet you. I’m Ru...Ron Galdor.” Rune extended his own hand to shake and winced at the dart champion’s hard grip. When Barry turned his back on him, Rune mumbled a quick spell to change the name on his passport from Rune Fenwick to Ron Galdor.

“We’ll play ane-on-ane. Be that guid for you?” Barry asked, twirling one of his darts between his fingers.

“Sure, but I don’t have my darts with me. Can I borrow a set?” One of the men held out his set of three darts. Rune weighed them in his hand. He held up one and sighted it toward the board. “Hey, thanks. These are nice.”

“Great. Anything is fine.” Rune watched the dart loaner erase the blackboard next to the dartboard and write Barry and Ron at the top. He added the number 301 under each name.

Rune smiled. He ought to make enough for the train in no time at all.

SCOTCH BROOM
A magical trip to Stonehenge lands a witch in the Otherworld where an ancient goddess is up to no good.