Tis the season, as they say. Say what? Yeah, I made up that combo-holiday greeting. Covers just about everything celebratory throughout the winter doldrums. So, no matter what persuasion you follow, there's got to be something to brighten the soggy/cold season. 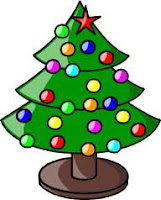 Christmas: A usurpation of the mid-winter Saturnalia Festival. St. Patrick was big on keeping the frolicking holidays, but bending them to his own purpose. Historical records seem to place the actual birth of Jesus in March or April. Facts don't get in the way of the commercial spending binge that starts on Thanksgiving (in the USA). All hail the Almighty (dollar/euro/pound/yen). 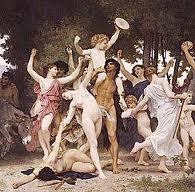 Besides Saturn, other pagan dieties are celebrated for much the same reason. Mithra, Horus, Zeus, even Hercules. Christians didn't steal the celebration until 400 AD. Historical accounts have Christ born in the spring, but that would have interfered with the theft of Oestra, the spring festival of fertility. 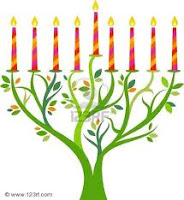 Hanakkuh: Festival of Lights for those of the Judaic persuasion. Probably irritated by the Christians trying to usurp this general time period. The Jews should really try to keep their holiday separate from Christmas, so as to not besmirch their own observance. Anyone want a hanakkuh bush? 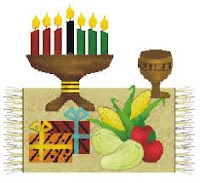 Kwanzaa: Created in 1966, Kwanzaa was made up by a California guy to highlight African-American culture. Cool thought, but I'd just as soon we'd say: "What? Obama is black? Wow, I didn't know that." Keeping separate ensures separateness. Hey! Doesn't that look like a Menorah? 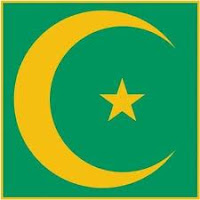 Ashura is an Islamic holy day observed on the 10th of the Islamic month of Muharram. That's November 24th this year so I hope you got your Ashura shopping done in time!. Shi'ite Muslims regard it as a major festival marking the martydom of the Prophet's grandson, Hussein. It's a more solemn holiday involving fasting and re-enactments of the martyrdom. This doesn't sound like a lot of fun, so I imagine November 15th, Al-Hijira, the Islamic New Year, is more festive. Marks the migration of the Prophet Mohammad and his followers from Mecca to Medina. Uh, yeah. Don't Muslims have any fun at all?

Atheist/Agnostic/Pastafarian: The godless like holidays as much as the next person. They just don't have an official date for the FSM's birth celebration. FSM, you ask? Flying Spaghetti Monster has become the avatar for folks that think the FSM is just as realistic as any other god. 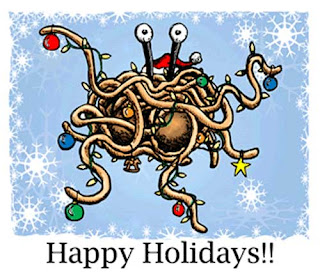 So, whatever you celebrate around this time of year, enjoy, be happy, and don't drink too much (not a problem with the Muslims).

Email ThisBlogThis!Share to TwitterShare to FacebookShare to Pinterest
Labels: Holidays