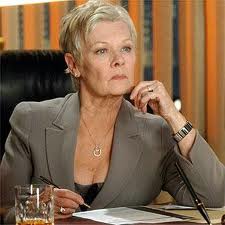 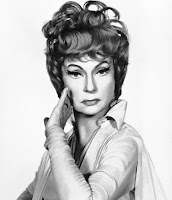 I picture Aunt Thordis as Dame Judi Dench the head of M6 in the James Bond films. Thordis is a bit younger, and her hair long but always done in an elaborate style. In that way, I'm reminded of Endora in the Bewitched series, except with blond hair, not red.

BAD SPELLING
A klutzy witch, a shaman's curse, a quest to save her family. Can Kat find her magic in time?
Now at MuseItUp Publishing and Amazon

EXCERPT - Chapter Four: Bell, Book, and Candle
Hands on her hips, Kat’s Aunt Thordis stood in the glacier cave regarding the icebound figure of Boris, the wandering Siberian. She tsked and shook her head.

“Ah, you’re still alive. Good.” If Boris were truly dead, she’d not be able to have a conversation with him. No matter what the circumstances, she wouldn’t delve into the black arts. Necromancy—raising the dead—was near the top of the black list.