Review from Lindsay Below for "Bad Spelling" on her blog. Nice!

Review from Rochelle Weber for "Missing, Assumed Dead" on her blog. Yay! 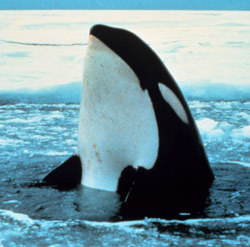 Chchchchch skreak! That mean hello in human people talk. My name be Salmon Hunter because I so good hunting the tasty fish.

I never met a human person who could talk the orca talk. I talk that speech only to Katrina Witch in her head. She talks back to me and both of us understand the other. Only this one human witch girl. She says it's how she makes magic. That is good for me! I like Kat Witch and help her out.

I even save her life more than one time. She's a lucky Kat Witch to have me be her friend.

First time I save her from a mad whitetooth. Kat Witch says human people call him polar bear. Not nice! But orca is big, strong! Not afraid of the bear. When I hear Kat Witch in my head, I heard scared. I heard help me. Curious, me. I went to look and chased off the mean bear. 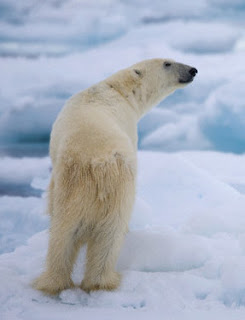 Funny thing the whitetooth awake. Should be sleeping this season. Too early to wake up. I think some bad magic wake him up to kill Kat Witch. She says that's truth. A shaman, she says.

The others of my pod don't speak to Kat Witch. They be what human people call stuck up. Think they're too good to speak to her. I think it best thing ever! It like getting a new toy. Orcas love to play. Spend most of time hunting, but playing is important too.

Here's the part in the book where I meet Kat Witch for the first time.

Kat’s contact with the bear wasn’t very strong, but she got a frighteningly clear impression of hunger and curiosity. It didn’t know what they were, but it was most likely thinking of them as dinner.

She screwed her eyes shut, clenched her fists, and did her best to send soothing thoughts toward the bear, hoping it’d think of them in a kindly, rather than culinary, fashion. Suddenly, she heard a tremendous splash. The bear let out a surprised grunt. The ice lurched under Kat’s feet, almost knocking her over. Her eyes snapped open to see the bear beating a hasty retreat across the ice. Where the bear had stood, a much larger creature now occupied the space attired in startling black and white and sporting a wide, tooth-studded grin. An orca perched before her with nearly a third of its body up on the ice floe—the ice floe that now tilted alarmingly, cracking under the whale’s weight.

“Run!” Kat screamed, grabbing Rune’s arm and pulling her brother around. They went slipping, sliding, and scrambling back the way they came.

In a muffled voice, he exclaimed, “You can… You really can talk to animals!”

“Excuse me a moment, Mr. Orca,” she said to the big dolphin. She turned to Rune, her face lit up with a delighted grin. “I guess I can. But why so surprised? You were the one who suggested I could.”

Kat turned back to the killer whale. “I think it’s because he,” she nodded at the orca, “is a highly evolved being. At least, that’s what he’s telling me.” After a pause, Kat giggled and said, “Must be why you can’t understand him, Rune!”

Rune slapped a glare on her then suppressed a smile. “Very funny, Kat. So funny, I forgot to laugh.”

She chatted happily with the orca when several more huge black and white heads popped up through the gaps in the ice. Rune and Kat had to step back again as the ice splintered with sharp cracking sounds.

“Back up, Kat, back up,” Rune said. For the first time in her life, Kat heard fear in Rune’s voice.

“You don’t need to be afraid.”

“Orcas, then. It’s the ice breaking up. We could get dumped in the water.”

As if saying it made it true, the ice split once more. The crack exposing the frigid sea raced toward Rune and Kat. Before they could get traction to run, the ice floe created by the splintering tipped up and both of them fell into the water.

Kat’s parka filled with the icy water, and she sank. The sudden, intense cold knocked the breath out of her. She tried to claw her way back to the surface, but the weight of the parka kept dragging her down. Looking up, she could see Rune above her, thrashing toward the air. Blackness clouded the edges of her vision, and her struggles weakened.

Strangely, Kat felt warm. This is nice, she thought. Her arms floated out from her sides as she sank deeper.

Something big and black came up under Kat, and she rose up through the frigid water. She reached out with one hand and grasped a rubbery fin with all the strength she had left. The orca pushed her to the surface and shoved her out of the water. She landed face first on the ice.