Making a Difference by Jo Ramsey 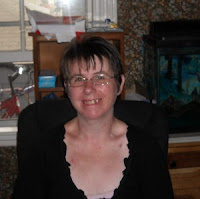 Whether we’re talking about helping others, ending bullying, or donating to charities, it’s easier than people sometimes realize to make a difference.

Bullying is sometimes the hardest thing for people to realize they can change. Sometimes all it takes is one person to speak up and say, “Hey, stop that.” People are often reluctant to say it, and then the bullying continues.

Some people hesitate to help others because they don’t believe they can do anything, or because they think someone else will help. It’s the same with donating to charities; some people don’t have the money, but others don’t think their money will actually make a difference. Or they figure other people will donate, so they don’t have to. 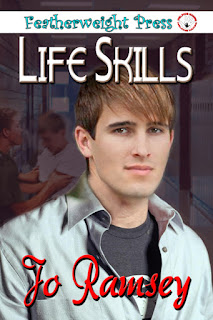 But the truth is, everyone can help. That’s what Brian Monahan, the main character in my new young adult short story “Life Skills” discovers. Brian’s school requires all students to perform community service in order to graduate, and Brian forgot to submit his proposal. So his school assigns him to volunteer in the Life Skills class. While working there, Brian discovers that some of the kids in the class are being bullied.

He decides to do something about it. Being bisexual, Brian has been bullied plenty himself, and he helps organize his school’s Day of Silence each year; it’s an event where students remain silent for a full day to express their support of GLBTQ people. To help the kids in the Life Skills class, Brian and his friends organize a Spread the Word to End the Word event, in which they encourage their schoolmates to be respectful of students with special needs and to stop using the word “retard.”

Brian considers himself “under the radar” and tries to keep it that way, but he puts himself out there to help others, and he makes a difference. What can you do to make a difference in your life?

“Life Skills” is available at http://www.featherweightpublishing.com/ShowBook.php?HH=JR_LIFESKILLS  as part of Featherweight Press’s Helping Hands line, in which royalties from all stories are donated to a charity chosen by the author. Royalties from “Life Skills” will benefit Day of Silence.

Find out more about Jo Ramsey and her books on her website, http://www.joramsey.com/ .