It's Always a Mystery at Heather Haven's Place

Two departures from the Midnight Oil release today. I was notified that a review of my SFR, Ultimate Duty, should be posted at Red Adept Reviews today. A very nice review written by Jim Chambers. I sure can't complain about 4-1/2 stars.

Another lane change lane away from the fantasy world to the world of murder and mystery. Heather Haven's Alvarez Family series is becoming seriously famous starting with "Murder is a Family Business" and "A Wedding to Die For."

Visit Heather's blog today, the 17th of January, to read about my mystery/romance, "Missing, Assumed Dead." 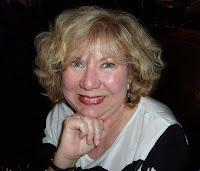 I am a story teller by nature and love the written word. In my career, I've written short stories, novels, comedy acts, plays, television treatments, ad copy, commercials, and even ghost-wrote a book.

One of my very first jobs as a writer was given to me by my then agent. It was that of writing a love story for a book published by Bantam called Moments of Love. I had a deadline of one week and then promptly came down with the flu. I wrote "The Sands of Time" with a temperature of 102 and delivered some pretty hot stuff because of it. The result is on the Short Stories page, along with a contest winning short short called "Socks." I'll be rotating my short stories from time to time because I just love writing them!

My two one-act plays, The Closet Corpse and Baltimore, farcical comedies both, were well received whenever and wherever they've been performed. I had the good fortune to have Baltimore done at Playwrights Horizon in New York City, shortly after The Closet Corpse premiered off-off B'Way, starring the very talented Sandy Faison, of Broadway's Annie fame. Both are featured on the plays page.