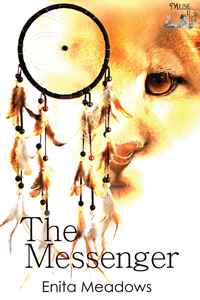 Alex Forsyth thought her new life in Washington would be boring and safe. That was until she met the skinwalker.

The skinwalker at hand is Cougar “Coug” MountainScreamer, named for the animal spirit which possesses him. From the Mountain Lion, the seventeen-year-old Native of the Puyallup tribe can draw great power, but is just as much cursed with its immense hatred.

The story is told that, over a hundred years ago, the native animals of the Americas saw the pending destruction of their home under control of the white race. They formed a connection to the tribes, who also lost their homes to the new inhabitants, and from that bond, the first skinwalkers were born. Now, for each species that originally reached out to the Native American tribes, there is one skinwalker who bears the anger and hatred of man and animal alike. And, so it was told, the skinwalkers would be the warriors who would take back the land which once belonged to their ancestors – and they would paint it red with blood. 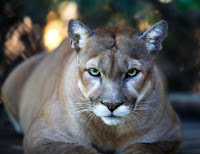 Seventeen-year-old Cougar was not only cursed to bear that hatred as a skinwalker, but was also unfortunate enough to be chosen by one of the most powerful totems in legend: the mountain lion. It’s bad enough that, among his skinwalker “brothers” – Dante Beran (grizzly bear) and Aztec immigrant Caleb Dorado (golden eagle) – he has the least control over his powers. That’s without taking into consideration that the puma totem is certainly a form to be reckoned with when the spirit-beast takes over.


Alex’s first day of school has gone smoothly so far, but when she gets to her fourth period math class, she notices a boy in the front row…

Scurrying to blend in, I took my seat in one of the back rows, ducking my head down low. The bell rang as I sat down, the loud ringing numbing my ears.

Squinting, I looked to the front of my row again, where I had felt that intense stiffening in the air. I could see, sitting in the seat next to where I had been standing, a teenage boy probably my age, sitting with his shoulders hunched over his desk. One hand was drawn through his short black hair, the other clenched over the surface of his desk. I couldn’t see his face from where I sat several seats behind him, but I could see the way his shoulders shook, and his fingers gripped the smooth surface of the desk where his elbow rested. His body was shaking as if he hadn’t eaten in days, and he gripped restlessly at his short-cropped hair. The length of his arms trembled under some sort of stress, his entire body tense and shaking. I watched in curiosity as he pushed harder on his forehead with his palm, his fingernails still digging into his scalp. Trying not to stare, I looked away, yet I was unable to keep him out of my peripherals, mesmerized by the weakness in his lean, muscled body. He was tall, and shaped as a swimmer from what I could see, but he trembled, almost like a newborn calf, so much that it made him look weak and ill. Painfully, I drew my eyes away again, cringing at the effort.

Enita Meadows is a writer, artist, and graphic designer born in California and raised in Washington State, where she was inspired by cultural diversity and natural beauty.  When not writing, she studies for a career in production and spends her time on art projects or spending time with friends and family.  She lives in Bothell, Washington, with her family of four and her Saarloos Wolfhound, Skye. Check her blog for additional information. http://enitameadows.blogspot.com/