In Setara's Genie, Setara wants to cruise the high seas since she's never been on the ocean; she's only seen it from the beach when she and her gang of magical friends rescue a horsenapped mare from a bevy of thieving pirates. Yeah, Setara and her friends do that kind of thing. Bunch of do-gooders! Rescuing, adventuring, fighting bad guys (both human and other).

After all that excitement, Setara thinks she's due for a vacation, so she asks Basit to arrange a sea voyage.  Before they actually set foot on the sailing ship, Setara (being a teenage girl) decides to go shopping. She discovers something more than a shop full of rugs and trinkets.

Read carefully. You might win a prize if you can answer some easy questions later on this blog.


Basit took on the appearance of an older gentleman. Not rich, but well off enough to be respectable. Setara dressed suitably to match Basit’s image as her father. They walked to the market chatting amiably, the perfect appearance of father and daughter out for a shopping trip.

Setara was on the lookout for the merchant who had the scarabs, but he was nowhere in sight. She and Basit ambled down a narrow lane, both sides lined with small shops selling all sorts of goods. The smells of fresh bread, spice, and fruit, tinged with the slightest hint of sewer assailed her nose. She stopped to look at the items, and Basit patiently followed her, keeping a keen eye out for pickpockets.

They approached a small shop which, unlike most on the street, had no goods displayed in the front of the store. Usually, merchants put out tables holding their wares to attract customers. This shop only displayed a sign saying “Seralgo’s Fine Jewelry.”

Setara shaded her eyes with her hands and pressed her nose against the window. She looked around, squinting her eyes. Glass was a nifty new invention, though it had a lot of wavy and smudgy places, which made it hard to see through. But her curiosity was piqued. “I think we’ll have to go in to see what this merchant is selling. I wonder why he doesn’t have his goods outside like everyone else?”

Basit peered at the glass. His eyes narrowed. “Then he probably doesn’t have anything worth selling. Come. I see a rug merchant a few doors down.” He took her arm and tried to steer her away.

Setara pulled her arm from his grasp. “No; I want to see what’s inside.” She laughed. “A good selling ploy, no doubt, forcing potential customers to come inside.” 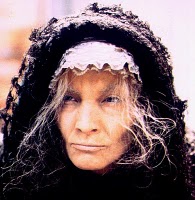 Basit scowled but waved her in. An elderly woman stood at the back of the store, dusting a shelf of goods with a feather duster.

The wizened old woman glanced up at Setara. Her eyes narrowed as she surveyed Basit standing in the doorway. “You have a djinn, my lady. You are most welcome here.”

Setara’s head snapped up, and her mouth dropped open. How did she recognize Basit as a genie? “Uh...yes, Mother. Do you have something that would interest me?”

“No, you must have what you need.”

The answer intrigued Setara. Of course, she should have what she needed. “Please, show me, Mother.” Setara bowed her head.

“You need this.” The old woman took an amulet from the shelf and held it out for Setara to examine. The amulet was brass or gold but heavily tarnished. Setara could just make out the profile of a woman’s face etched in the metal.

“Why do I need this?” Setara asked.

“I cannot say, but I know you do. It’s not cheap, however. Do you want it or not? If you say no, then I am mistaken, and you are obviously not the right person to own it.” The woman turned away and began to put the amulet back on the shelf.

“No; I want to see it. Perhaps I need it, but I can’t tell without looking more closely.”
The old woman extended the amulet to Setara, who reached out to take it. A spark like a tiny lightning bolt jumped between the amulet and Setara’s hand before she could touch it. She slowly took it from the woman’s hand.

Setara’s vision first clouded then resolved into a clear picture. She saw a man, holding his hand out to her. She realized the man wanted to take the amulet from her, but she knew he was not a thief. He looked at her with pleading eyes. The sharpness of the vision stunned her. Slowly, her vision wafted away, and she saw the old woman looking at her.

Basit stepped forward. “Mistress, I do not think—”

The old woman pointed one crooked finger at Basit. “Do not interfere, genie. I mean no harm to your mistress.”

Basit scowled but backed away. The woman turned again to Setara. “For you, only one shekel.”

“That seems a reasonable price.” Setara glanced at Basit who, grumbling, took a coin from his money pouch and flipped it to the crone. The woman snatched the shekel from the air, and it disappeared somewhere into her black robes. Setara knew money was not Basit’s problem with the transaction. Despite Basit’s hesitation, she simply must have the amulet.

Setara pulled the chain over her head. Thinking for a moment, she tucked the amulet beneath her blouse. “I think this isn’t for all to see. Thank you, Mother.”

Basit and Setara left the shop and blinked in the bright sunshine. Setara turned around and looked back, but the shop had turned into a vegetable stand. “What the—” She shrugged and headed up the street. “Did you mention rugs?”

Basit stomped along beside Setara muttering under his breath. He stopped and put his big hand on her shoulder. “I don’t like this, Mistress. I think you should remove the amulet and throw it far away.”

It surprised her that Basit was so agitated but suspected it was because the old woman had seen through his disguise. “How did she know you were a genie?”

“That’s one reason I don’t like it. If she were a normal human, she’d not be able to tell. Clearly, she is...was a witch.”

“Basit, don’t be such a worry wart. I saw something, a vision. I’m supposed to give this amulet to somebody else. When I do, then it will be gone, and you won’t have to fret about it any longer.”

Basit did not seem convinced, carrying a deep scowl on his face, but made no further objection.

* * *
To discover more about the mysterious man in Setara's vision, you'll need to read the book.